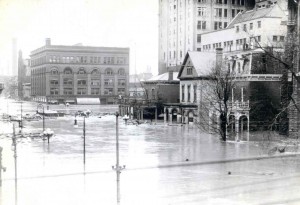 Between March 21-26, 1913, the Great Flood of Dayton marked the greatest natural disaster in Ohio history.   The first of three major storms arrived on Friday, March 21, 1913.  Strong winds and a temperature of 60 degrees marked a typical early spring day for the area.  The next day, a second storm arrived along with a dramatic shift in temperatures. As the region plunged back into the 20s, the water-soaked ground froze.

The following day, Sunday, March 23, 1913, also happened to be Easter Sunday.  The bulk of the Miami Valley, as well as other locations throughout the state, was hit with a third storm, pouring rain over land that was already saturated and now frozen.  With the rivers swelling, Dayton and the entire region still didn’t know exactly how bad the situation was going to get.  By early in the morning on March 25, the water in the Great Miami and its tributaries had reached the top of the levees and was flowing at a rate of about 100,000 cubic feet per second.  By 6 a.m., the water breached the levees causing them to fail by 8 a.m. as flooding began downtown.   On March 26, the extreme flooding triggered a gas explosion causing fires which destroyed several blocks of downtown.

Nearly a century later, the Great Dayton Flood remains a powerful event in the history of the region.  High-water marks on some downtown buildings give a sense of perspective.  The available pictures of the event are astounding as they document the extent of the destruction and the ingenuity and resilience of the people who experienced it.

Special Collections and Archives is home to many materials concerning the Great Dayton Flood of 1913.  One of the most remarkable is the journal of Margaret Smell, a young girl from Michigan who had arrived in Dayton on March 20 for a visit with friends.  Here is an excerpt from her diary, which is available online in CORE:

Tuesday morning between 5 and 6 o’clock we were awakened from our slumbers by the shrieking of whistles, the like of which we never heard. Before we could dress ourselves and reach the window the flood of water came rushing down the street. Every moment gaining power and drawing nearer. We soon escaped to the second story of the house carrying all the available articles, especially the eatable things we could carry with us. The dark, mudy water grew higher and higher as the day advanced. Ere night came we were privileged to seek further safety by a temporary bridge from window to window built of door shutters to a more substantial house with an attic. When we escaped we found there were 23 of our party that escaped to the attic. And now the darkness of night came upon us and the crucial water drawing nearer and nearer. We saught our hard bunks being the only thing we could do, as we dare not strike a match or have a bit of light, except a flashlight, on account of escaping gas and fear of explosion which really were occurring not far from us. But alas, we did not seek our bunks expecting to sleep and rest, but rather to bear the horrible strain of perhaps our fatal doom, as best we could, and to listen to the heart rending cries for help – help of many others, near us – but not so fortunate as we were, then we heard them franticly chopping through the roofs there seeking safety on the roofs, facing a cold pitiless rain but many houses were swept from their foundations carrying their human frate with them down through the cold waters of death without a days warning to meet their God.

If you’re interested in learning more about this historic event, be sure to check out other materials we have here in the Archives, including a series of oral history interviews with flood survivors (which will soon be available online in CORE, our campus repository) and the Miami Conservancy District Records, which contains more than 3500 photographs of the flood, its aftermath, rebuilding efforts, and the construction of the flood prevention dams.  Also, Dayton’s PBS channel, ThinkTV, will be reairing its documentary Goodbye, The Levee Has Broken today through next Thursday.  The program is also available for viewing in its entirety on the ThinkTV website.

Stay tuned for more information about this time next year, too, as a variety of institutions, including Special Collections and Archives, are planning a special commemoration for next year’s 100th anniversary of this historic event. 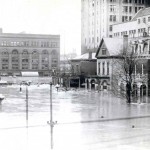 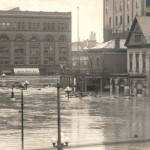 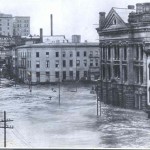 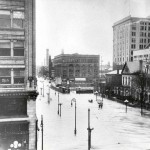 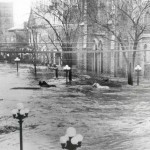