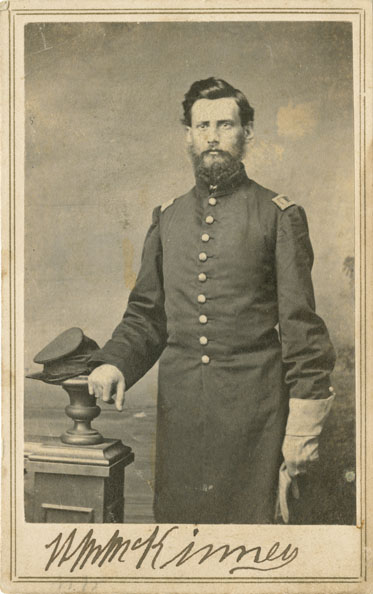 [Special Collections and Archives welcomes Ruth Monnier, a senior history major at the University of Dayton who is working as a summer volunteer here in the Archives. One of her first projects was to finalize the transcriptions on the Civil War-era letters from MS-92, the Wallace Family Papers. This post is the second of three based on her project. We thank Ruth for all of her hard work with us this summer!]

WM McKinney letter of April 28, 1863, a part of the Wallace Collection, discusses the option of Parole. WM McKinney was granted sick leave to return home to Indiana from Tennessee because he was coughing up blood. However, the train transporting him was captured by Rebel guerrilla forces. This letter tells of the “honor” that existed back then with regards to parole. WM McKinney mentions that he does not believe General Rosecrans will recognize the parole and allow him to stop fighting in the Union army.

During the American Civil War, prisoner exchanges varied throughout the course of the war. In the beginning, prisoners were relocated to existing structures until informal exchanges occurred or exchanges would occur immediately after battle. However, prisoners of war can be a burden on a government because they required guards, food, and supplies, which can and did eventually place an additional strain on the Southern resources. Therefore, the South wanted an official recognition of cartel. The Union required a man-for-man exchange of all prisoners and that the excess of men held by one side or another were to be released on parole.

This cartel was established in July 22, 1862 by Major-General John A. Dix of the Union Army and Major-General D.H. Hill of the Confederate Army. The cartel lasted into May 1863, where the actions of the two governments caused it to break down. The official order that changed the official capacity of the Cartel of July 22, 1863, were General Order No. 100 on May 23, 1863, and General Order No. 207, by Secretary Stanton, on July 3, 1863. In his letter written in April 28, 1863, WM McKinney discussed the terms cartel and alludes to the disintegration of prisoner exchanges. 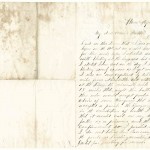 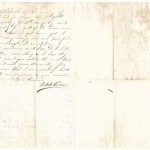