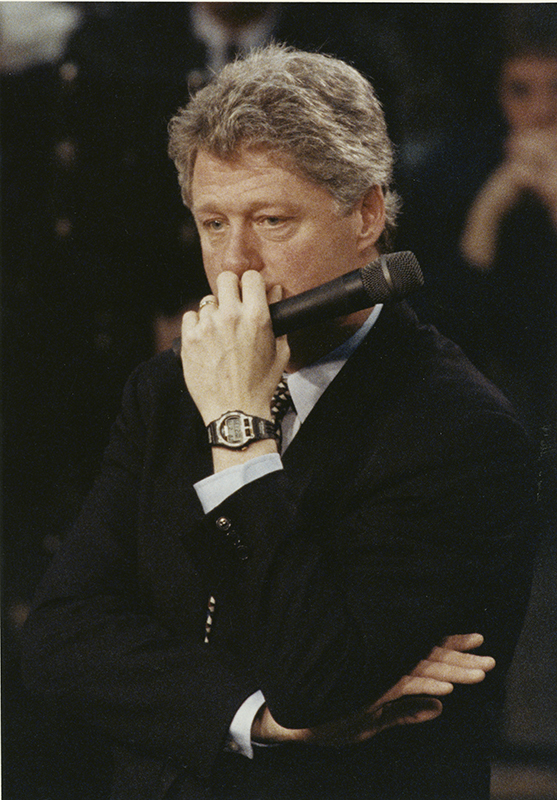 The third President in our series is the 42nd President of the United States, William Jefferson Clinton. President Clinton is one of the youngest to ever hold the office and he was the first of the Baby Boomer generation to win the Presidency. He is known as a “New” Democrat in that he advocate for centrist policies while in office. Like George H.W. Bush, Clinton saw the importance of winning Ohio (which he did in both 1992 and 1996) and he visited the state numerous times while on the campaign trail. Clinton resided over an era of economic growth, balanced budgets, and a decrease in the deficit and national debt. He began his Presidency when the US emerged as the sole superpower in the world. The Clinton administration brokered the deal to the end the wars in Balkans that erupted after the breakdown of Yugoslavia. The Dayton Peace Accords, signed at Wright-Patterson AFB in November 1995, kept the conflict from spreading to the rest of Europe. It also made Dayton a once-again world famous city. Clinton remains of the most popular modern US Presidents.