Cedarville University Through the Years

I have only had a short time to go through the Dayton Daily News Archive, but Bill found a folder of my Alma Mater, Cedarville University.  At the time it was Cedarville College, and it was fascinating to go through and look at the pictures and to see how much the school has changed over the years.  The school has changed so much that some of the pictures have buildings in them that not only are not there anymore, but I have no idea where they were on campus, like this building: 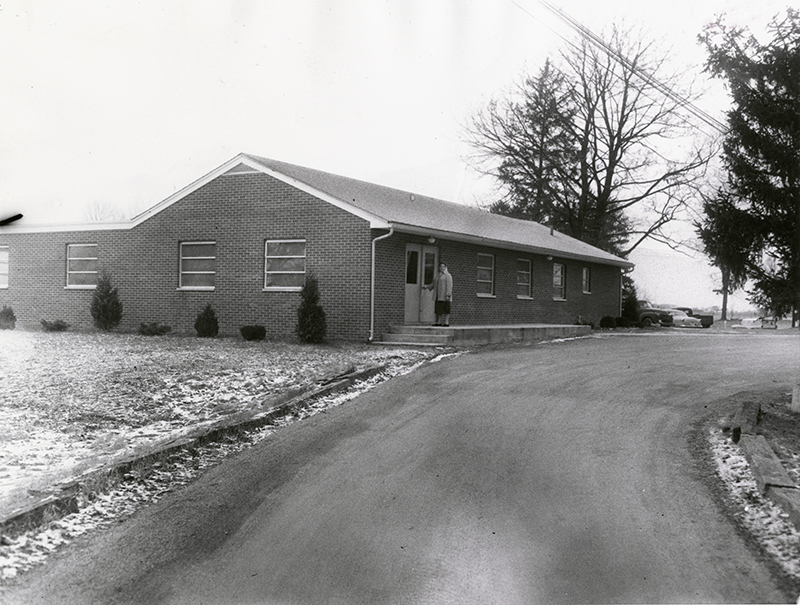 According to the caption on the back of the picture this was a Cafeteria built to feed three hundred students and it is dated January 1960.  It had not occurred to me how fast Cedarville grew.  Cedarville built the Stevens Student Center over ten years ago with a Cafeteria that itself feels cramped during the rush for meals and there is hundreds of students inside.  On a side note, the manager of the Cafeteria, Chuck McKinney, is retiring, and he will be missed.

The speed the school outgrew some of its facilities was amazing.  One of the building that I had classes in is called the Apple Technology Center, and when I was there, I knew that it had once been used for other purposes, but I had no idea that it was built as a library. (Edit) It has been pointed out, that this is the Milner Business Administration building (end) 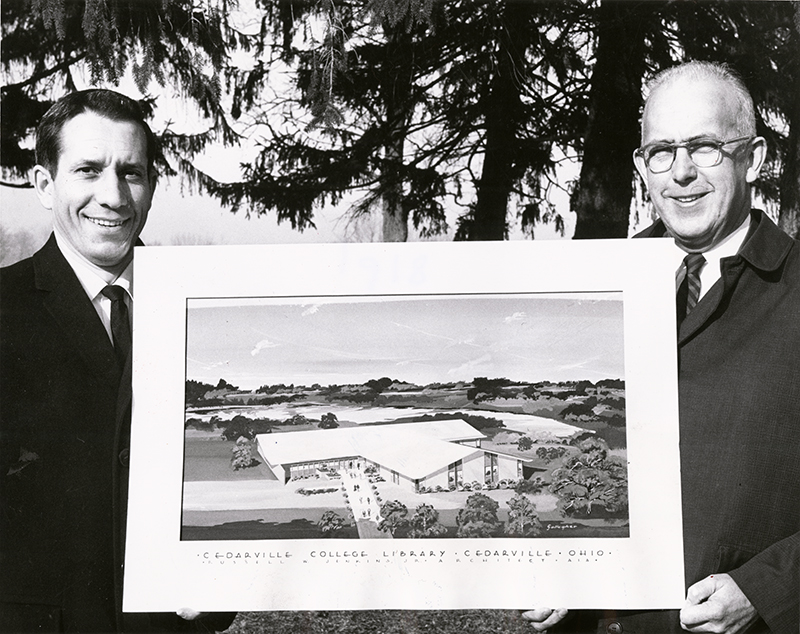 While I was at Cedarville, the Library was the Centennial Library, built in 1987 at the schools one hundred year anniversary, and in my opinion the school is out growing that building now too.  I did however know about an even older library which has been renovated to become the Fine Arts Building.  The Fine Arts Building was originally a Carnegie Library and by now is far too small to be a library for a campus of three thousand students. 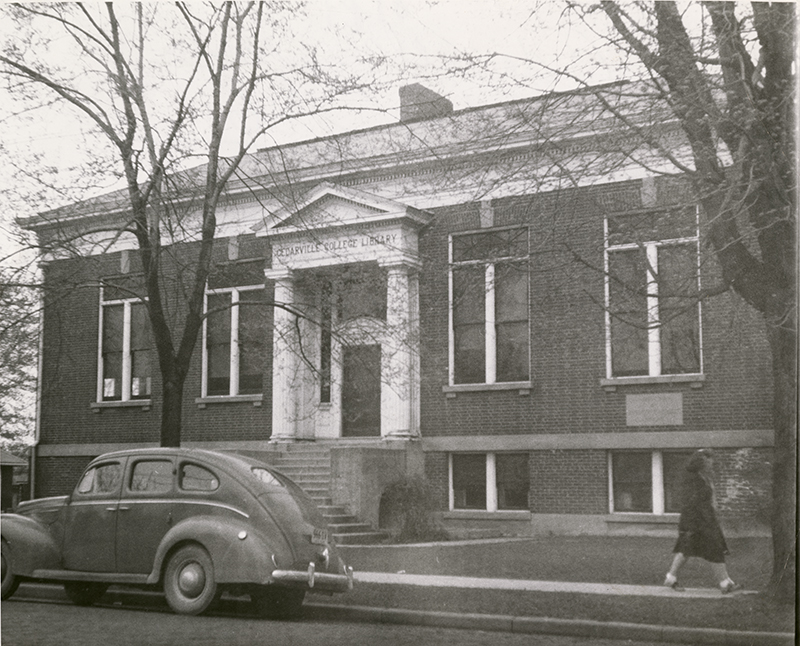 Another aspect of the growing campus is the addition of new dorms, of which there are many pictures in the collection, especially of Faith Hall.  The dorm that I lived in, St. Clair,  is too new to have been in this collection, since it was built in 1998 and the DDN photos only go to 1995, but this is no big deal because the last three dorms built on campus all look the same.  One picture that drew my attention was a concept drawing for a new women’s dorm.  The description on the back describes it as three stories and designed to house two hundred students.  The picture looks like no dorm on campus. 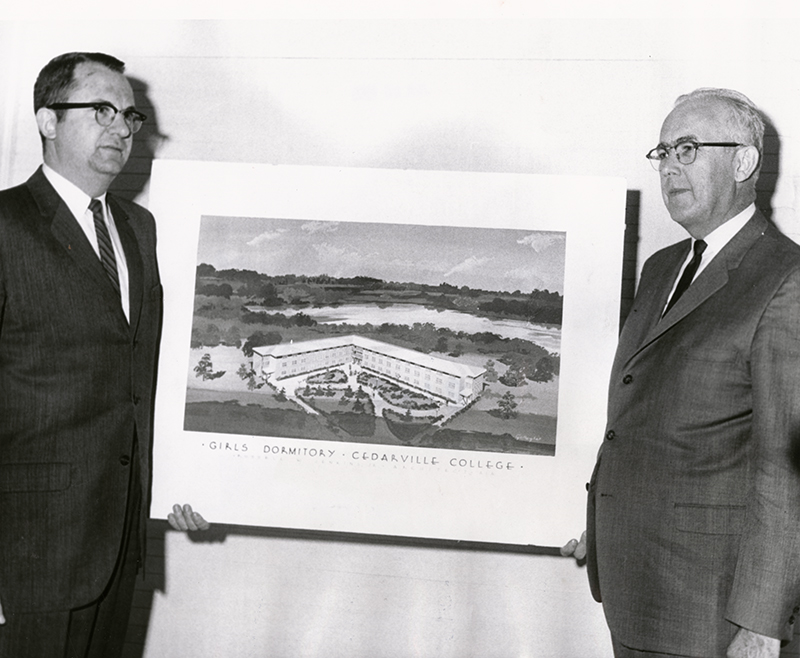 Thinking about the campus though, there is only one dorm that really fits that description, Willetts Hall which is the largest dorm on campus; three wings, the central wing is three stories and the two side wings two stories and housing three hundred fifty students, much larger than the concept if it was Willetts.  There are other dorms pictured in the collection, some of which, I can only assume no longer exist because I do not recognize them at all and other dorms that have become offices.

The one last aspect that I noticed were buildings that merged into other buildings.  This is the observatory, which is still there but looks nothing like this anymore. 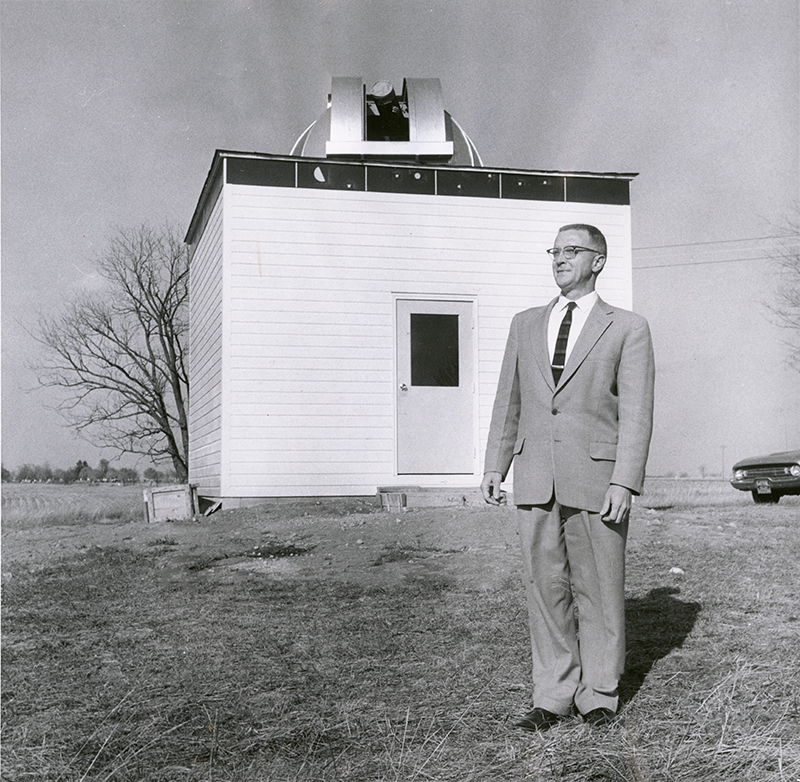 The Observatory is now merged into the Engineering and Science Center. 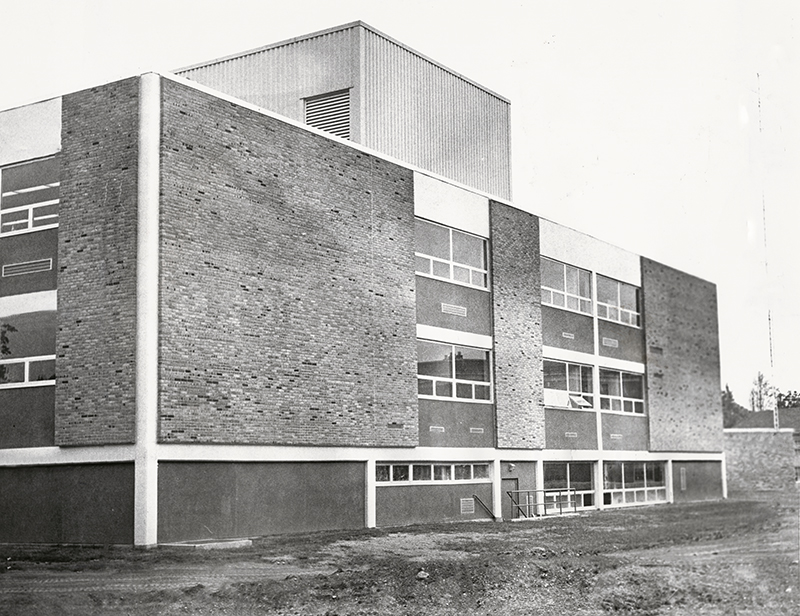 This building has itself chaged in the short three years since I graduated, at the time it incorporated mechanical and biological sciences and was called Engineering Nursing and Science Center or ENS for short, Cedarville has since built a Health Sciences Center which I would like to see, because it looks like an amazing building.

So, this ends my nostalgic romp through my Undergraduate days.  Little discoveries like this are what make archives so interesting, to be able to unknowingly stumble upon things that are important in my own life and to learn a little more about it.

(Edit) One of the problems that is common with photos in any archive is that they were not labeled well when they were originally filed away, leaving the end user, the researcher, to have to find answers in other places, and that was the case with several of these pictures.  I later found an article talking about the construction of the Centennial Library and the student effort to move all of the books from the old library into the new one, which was right next door, as Milner is to Centennial.  Other buildings are less distinct and they do not have articles that go with them, leaving it up to the “best guess” of someone who was there; many of these building changed over the years, in other cases buildings do not look like the concept drawings nor does any building resemble that drawing.  Whatever the case may be, it takes research to find out what some of these buildings are.  I thank Tim for pointing out that the old library is now Milner, and that what I have labeled as Printy is Williams Hall.  When it comes to buildings like CDR, which Tim pointed out is what was the old cafeteria, I am able to draw on information that was not available at the time of writing the article from the experience of someone who saw things that I did not.  In other cases, the information available does not give all the past names of a building, building names change when their function changes, and some buildings that is more common than others.  Another aspect that I do need to apologize for was that I called the Callan Athletic Center “Voller,” I went to Roberts Wesleyan College for a year and a half, and Voller for some reason stuck with me for the three years I was at Cedarville, I realized this mistake when I was away from the archive and could not fix it.  (End)

This entry was posted in DDN and Dayton and tagged Cedarville College, Cedarville University. Bookmark the permalink.

4 Responses to Cedarville University Through the Years