Society of the Friends of Lizzie Borden

The Dayton Daily News collection here at Wright State usually contains items that one would expect to find in a newspaper collection- old clippings, photographs used in articles, etc. However, every once in a while we come across something strange and out of place. One great example is a series of editorials that we found recently. Three editorials, each published on the same day for three years in a row, claim to be written by a member of the “Society of the Friends of Lizzie Borden.” Lizzie Borden was a women in the late 19th Century accused and acquitted of the axe murders of her parents. All of the editorials were addressed to the editor of the Dayton Daily News and were published around the anniversary of the Borden murders. I will now break and allow the reader to process these amusing articles. Click the images twice to enlarge them and make the text easier to read. 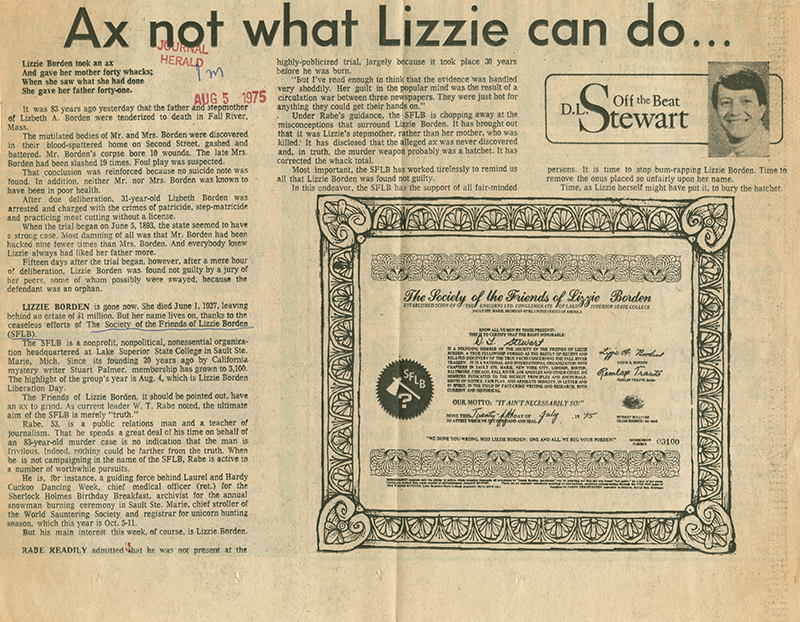 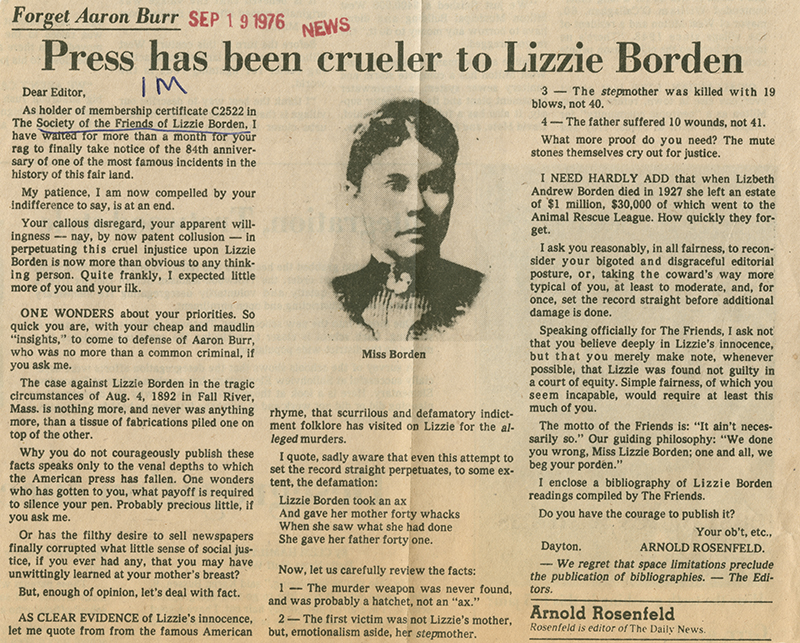 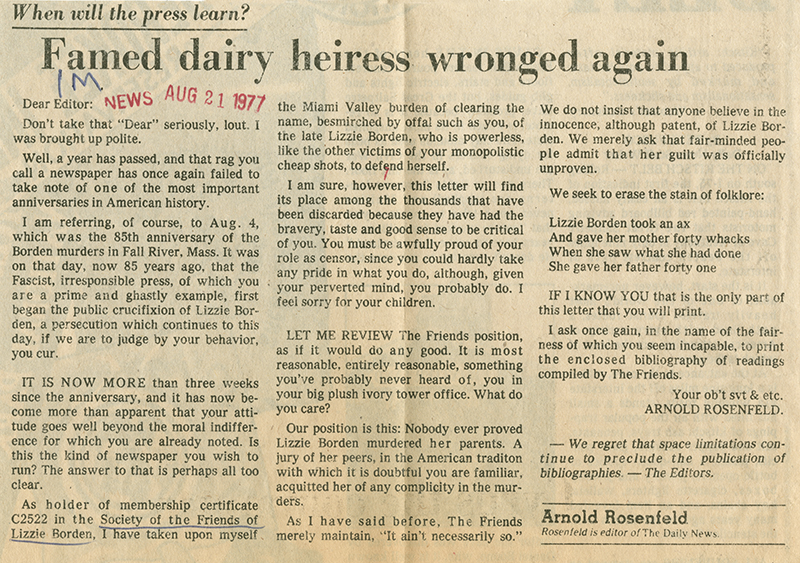 The third and last editorial, published on August 21st, 1977.

The articles of course are not real. They were written by Arnold Rosenfeld, an editor (later editor-in-chief) with the Dayton Daily News. It seems the articles were just an annual prank letter put out by the paper.

For those that don’t know who Lizzie Borden was, she was a woman who in 1893 was acquitted of the brutal murder of her father and stepmother. The murders themselves occurred on August 4th, 1892, between 10:45 and 11:10 in the morning. At 11:10, Lizzie announced to the housekeeper that she had found her father murdered. He had been hacked in the face ten times with a hatchet. Police later determined that her father had been asleep when murdered, judging by the fact that an eyeball was cleaved cleanly in half by one hit. Lizzie’s stepmother was even more viciously attacked, sustaining nineteen blows to the head with the hatchet. The trial for the murders occurred in June the following year. Though some of the evidence seemed suspect, the jury acquitted Lizzie of the murders after an hour and a half of evidence. Speculation about who actually committed the crimes continues to this day- Lizzie Borden is still thought of as the one most likely to have committed the crimes.

Here is the man who wrought the fake articles, Arnold Rosenfeld. 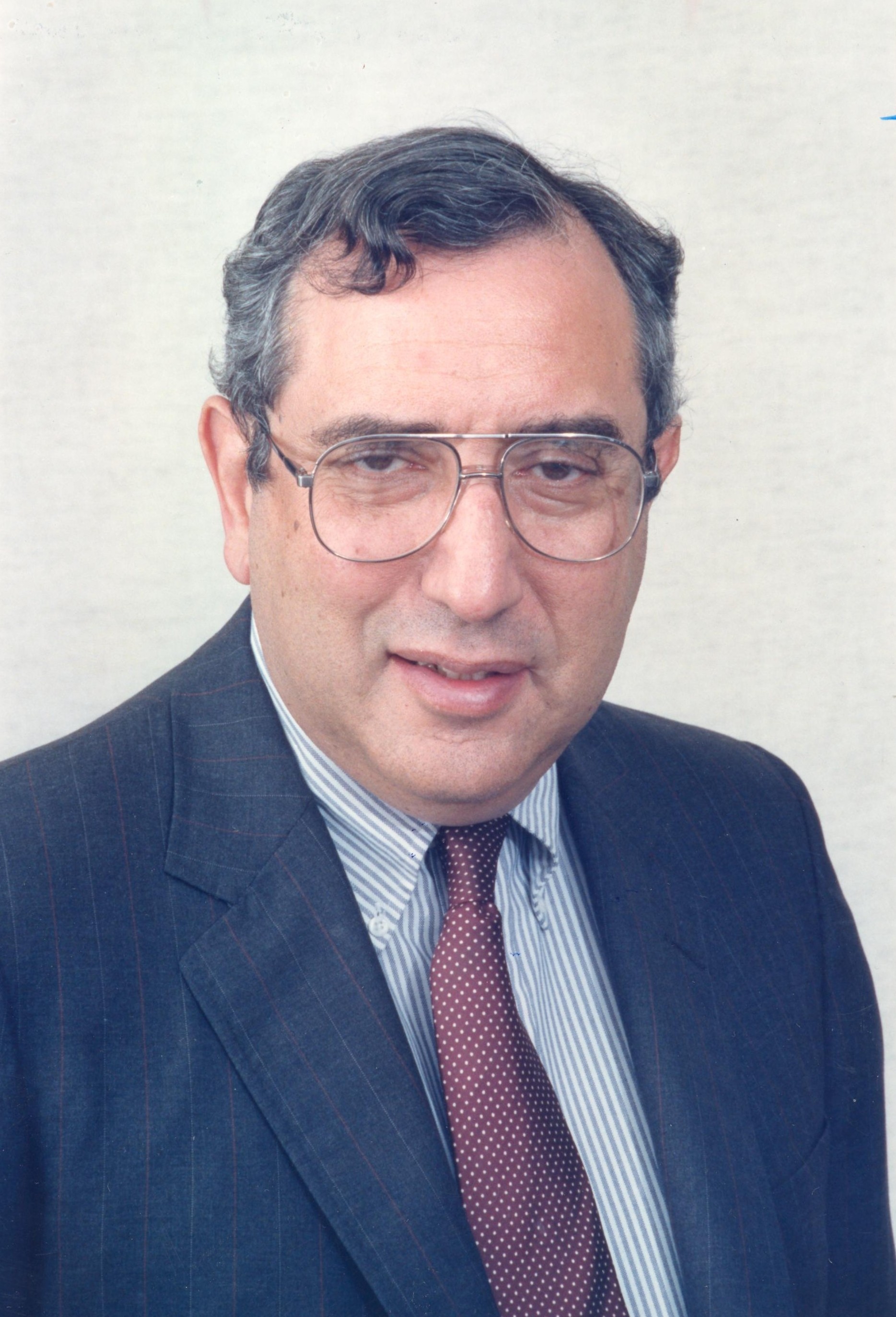 2 Responses to Society of the Friends of Lizzie Borden