Years ago, when I was 5, I remember going to the park in Newark Ohio.  The park  had a large embankment that my brother and I used to climb on, and after a few years as I became more observant of my surroundings, I noticed something about that embankment, that it formed a large circle.  This is the Great Circle Mound, part of what was once the largest grouping of geometric earthworks in the Americas.  Many of those mounds have been bulldozed to build the houses and shopping centers that are around the Circle Mound, but that mound itself has been preserved as a park along with the nearby Octagon Mound which has been preserved as a golf course.  That realization as a child has influenced my interest today in American Indians.

Working in the archive, I had a chance to go and find what this archive had on the subject of American Indians and I found some interesting pictures such as these two from the “Long Walk for Survival,” a protest in the 1980’s. 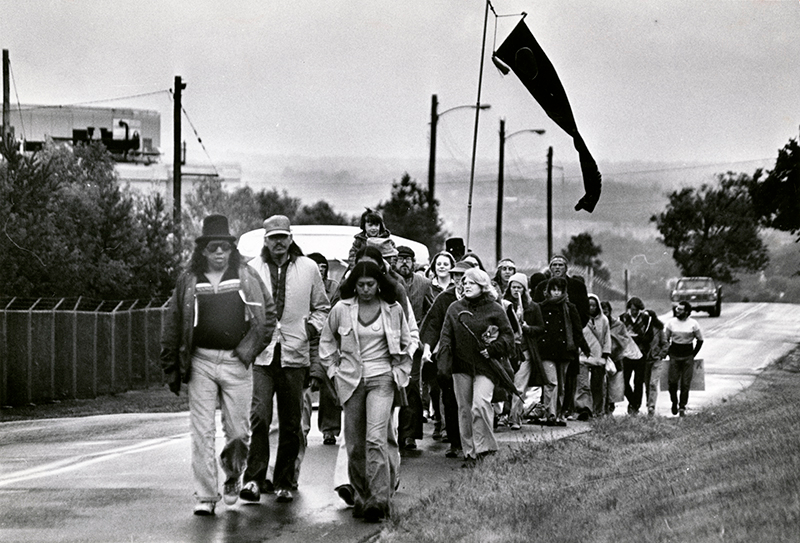 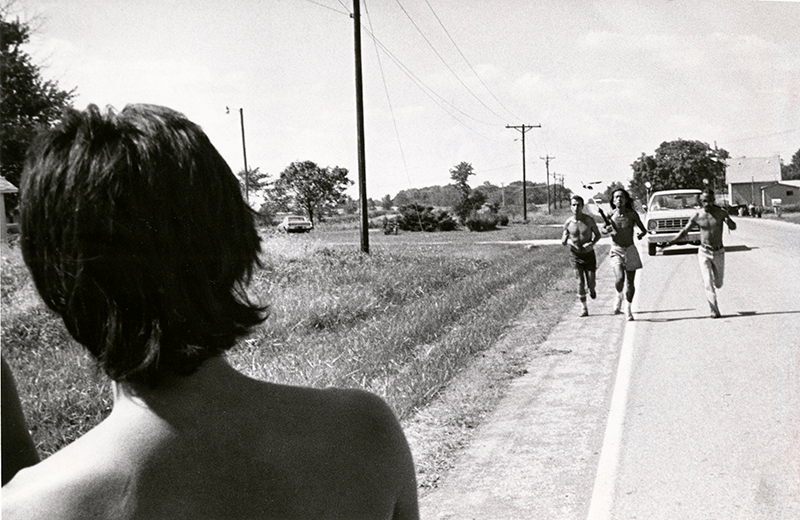 The protest walk chose symbolic sites such as the Miamisburg Mound to spell out their concerns of “Uranium mining on Indian land, sterilization of Indian women, nuclear development, and the draft.”  Another event was the reconsecration of a burial site in Uniontown Kentucky where a group from several American Indian nations gather. 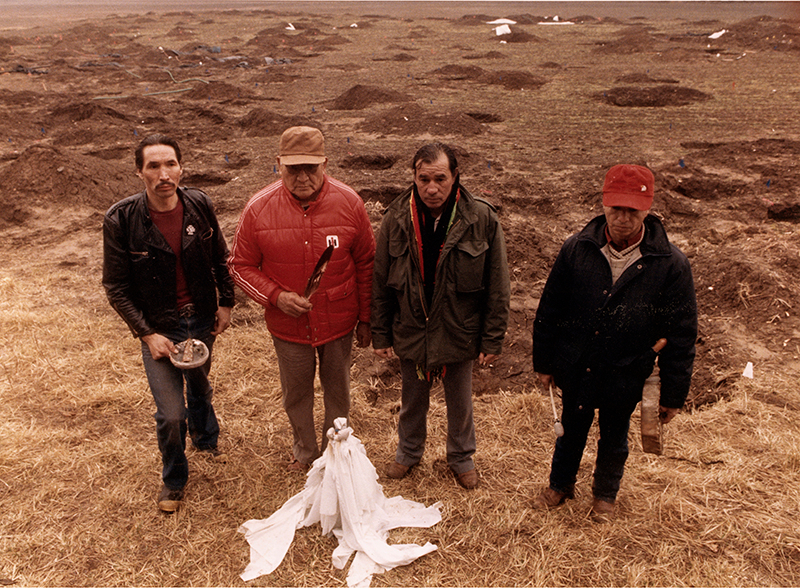 The Moundbuilder cultures had an interest in astronomy, much like the Mayans and Aztecs of Mexico, though less advanced and less documented.  I mentioned the Newark Earthworks earlier, which is a Hopewell site, the Octagon Mound is a series of linear mounds no more than a few feet tall with openings and a small mound at each point.  The small mounds at the opening originally had posts upon them and those posts marked points in the Moon’s 18.6 year course through the sky.  Sunwatch has a similar system, except it was Solar instead of Lunar, in its village.  There was a large pole in the center of the village seen here in the reconstructed village. 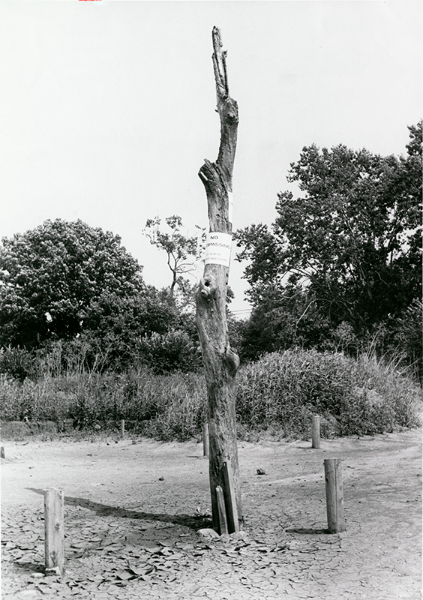 This pole was aligned with certain huts in the village so that the shadow of the pole would hit the door of that hut at sunrise.  There are a few possible reasons for this, some have said that it was an indication of when they should plant crops, but most farmers know when to plant crops and do not need to rely on a calender or specific days in the solar year.  Sunwatch’s current interpretation of this is that the alignment was to signify certain holidays for the community.  Like other monuments throughout the world, such as Stonehenge, this observational ability of stone and copper age civilizations is astoundingly advanced for a society of their level of development.  Yet it is also an ignored aspect of their development.

Large parts of the Sunwatch Village have been rebuilt so as to interpret it for the average viewer, and I would encourage anyone to go.  The village as it was discovered was a series of post holes where the buildings and the palisade were. 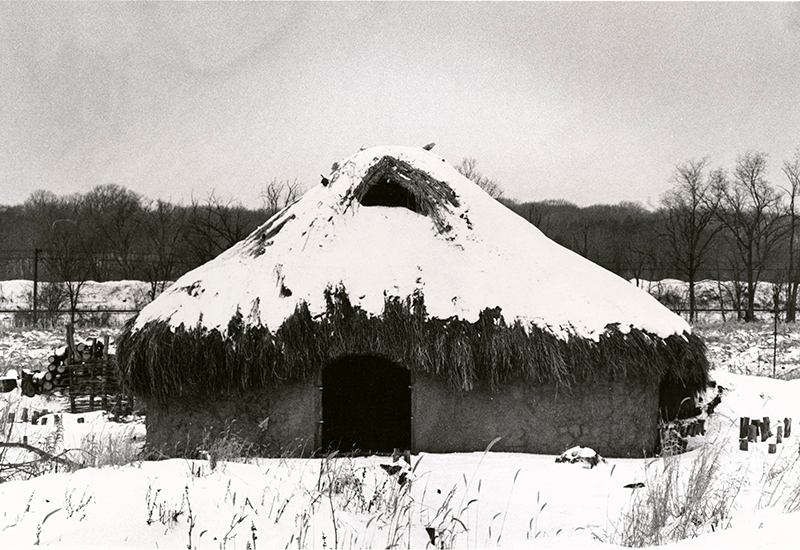 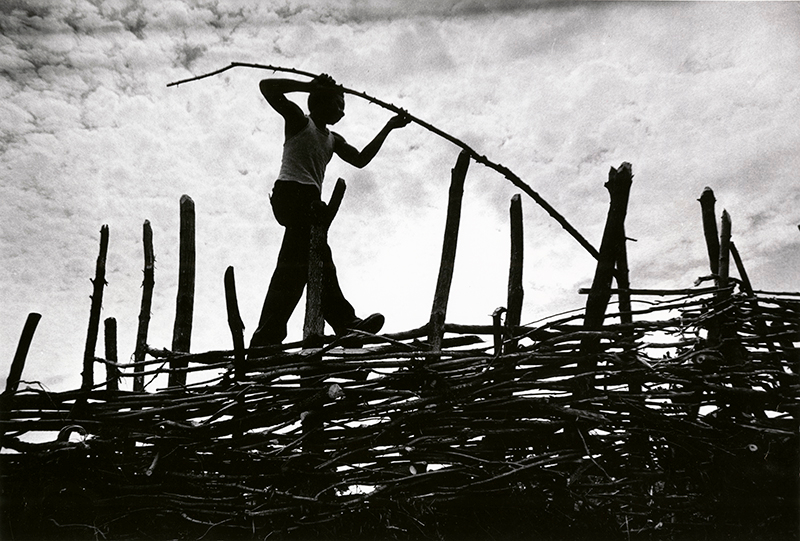 Moving in from the houses there was a series of storage pits that were used to store the food crops of the village and would eventually become trashpits as they were used and started to mold and become unfit for food storage. 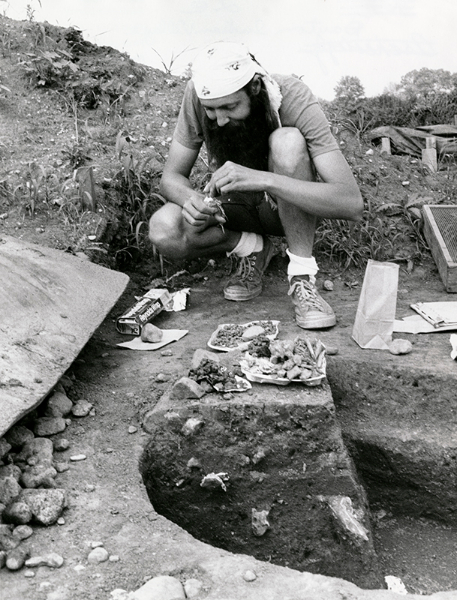 The food storage pits formed a circle around a central plaza for the village, a large open communal area, inside that area were graves of the village members who had died, and the closer to the center of the plaza, the more important the grave.  These graves were covered in stone slabs which are still there today.  At the center of the plaza were the poles that give the village its name, Sunwatch, they help track the movements of the Sun.

Villages like Sunwatch were only semi-permanent, fields used for crops eventually were worn out and the hunting eventually became scarce.  I once read an author on American Indians say that we have this view of Indians as the ultimate environmentalists, and the fact of the matter is that they were not, nor could they be.  When an animal was killed for food, every part of it was used, so there would not be waste, but eventually the game would become scarce in an area.  Corn is a notoriously draining crop, it only takes a few years for corn to leave a field with very little nitrogen left in the soil.  Eventually the area around the village would be barely supporting the village.  The archaeological record at Sunwatch shows that part of the village burnt down after they had been at the village for about twenty years and instead of rebuilding, they abandoned the site.  By that time, it was likely that the fields where crops being grown were far enough away that it took significant effort to get to the fields each day,  and animals were in short supply to be hunted.  To rebuild the village would not have done much good for the community at that point, so they moved to a fresh area, and left the site of Sunwatch to lay fallow and regrow.  In other words, instead of being the ultimate environmentalists, they were the ultimate pragmatists, use everything that can be used and then leave an area to regenerate.

American Indians are never portrayed in film or television as they were before European arrival, societies like that at Newark among the Hopewell, and at places like Cahokia Illinois were far more advanced than is commonly known.  They built lunar observatories, geometrically perfect circle mounds that were over a thousand feet wide, temple mounds that were over a hundred feet tall and had the same base area of the Khufu’s pyramid at Giza.  In some cases their design abilities exceeded the technology at their finger tips, Cahokia’s Monk’s mound was so tall that it could not support itself and was collapsing as it was built, and yet even a thousand years later, it still stands recognizable to what it was then.