On March 16, 1863, John H. Patterson wrote a letter to his brother, Stephen, from Miami University in Oxford, Ohio where John was attending school.  Generally, the letter is about other people and not much about what he was doing in school.  John notes that he received a letter from their brother, William, who appears to be doing well.  William also reported that he heard from Robert, who was at that time fighting the Rebs in Virginia.  The letter closes with a plea to Stephen to write a long letter providing all the news and how Stephen was doing in obtaining a job.  (Transcript of John H. Patterson Letter, March 16, 1863) 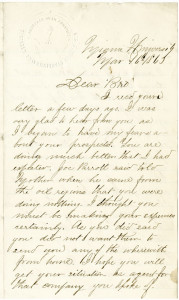 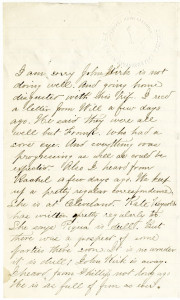 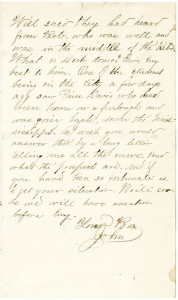