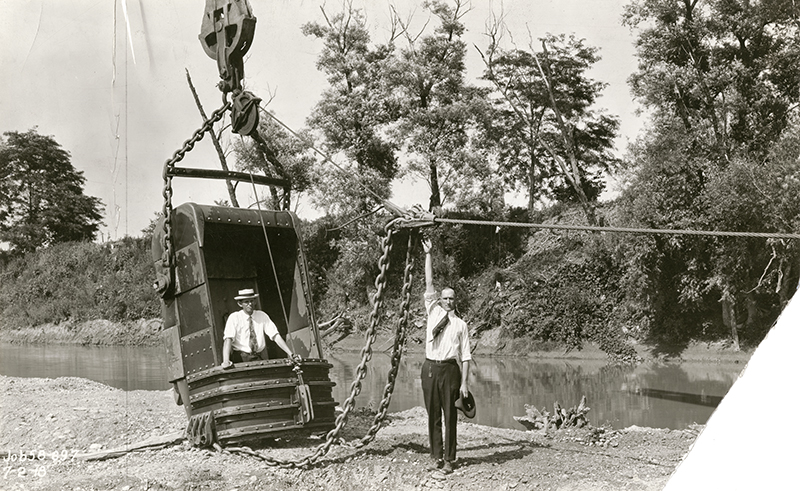 Original caption: “A comparison of one of the huge conservancy dragline buckets to two of the men who operate the machines which are used in dredging the river channel south of the city. The capacity of the bucket is that of five regulation size dump wagons, and it takes a 250 horsepower motor to swing the bucket when it is filled. Despite the fact that the bucket when filled to capacity weighs many tons, such complete control is had by the operator over its movements taht a man can safely ride in it.”