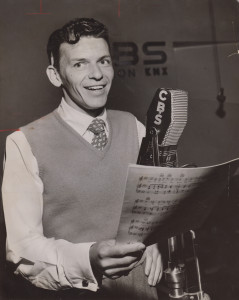 If you liked our exhibit about Phil Donahue’s Dayton Connection, then you should definitely check out our new companion exhibit to it, linking Frank Sinatra to Dayton: Six Degrees (give or take) of Dayton Separation: Dayton & Sinatra.

The exhibit, which is based on the “six degrees of separation” theory (as is the popular “Kevin Bacon game”), walks you through the relationship between Dayton, Ohio, and the iconic American singer and film star Frank Sinatra, in a series of hops.

You can see this exhibit on the first floor of the Dunbar Library, near the center stairwell (on the side facing the Creative Arts Center), from now through the end of summer. 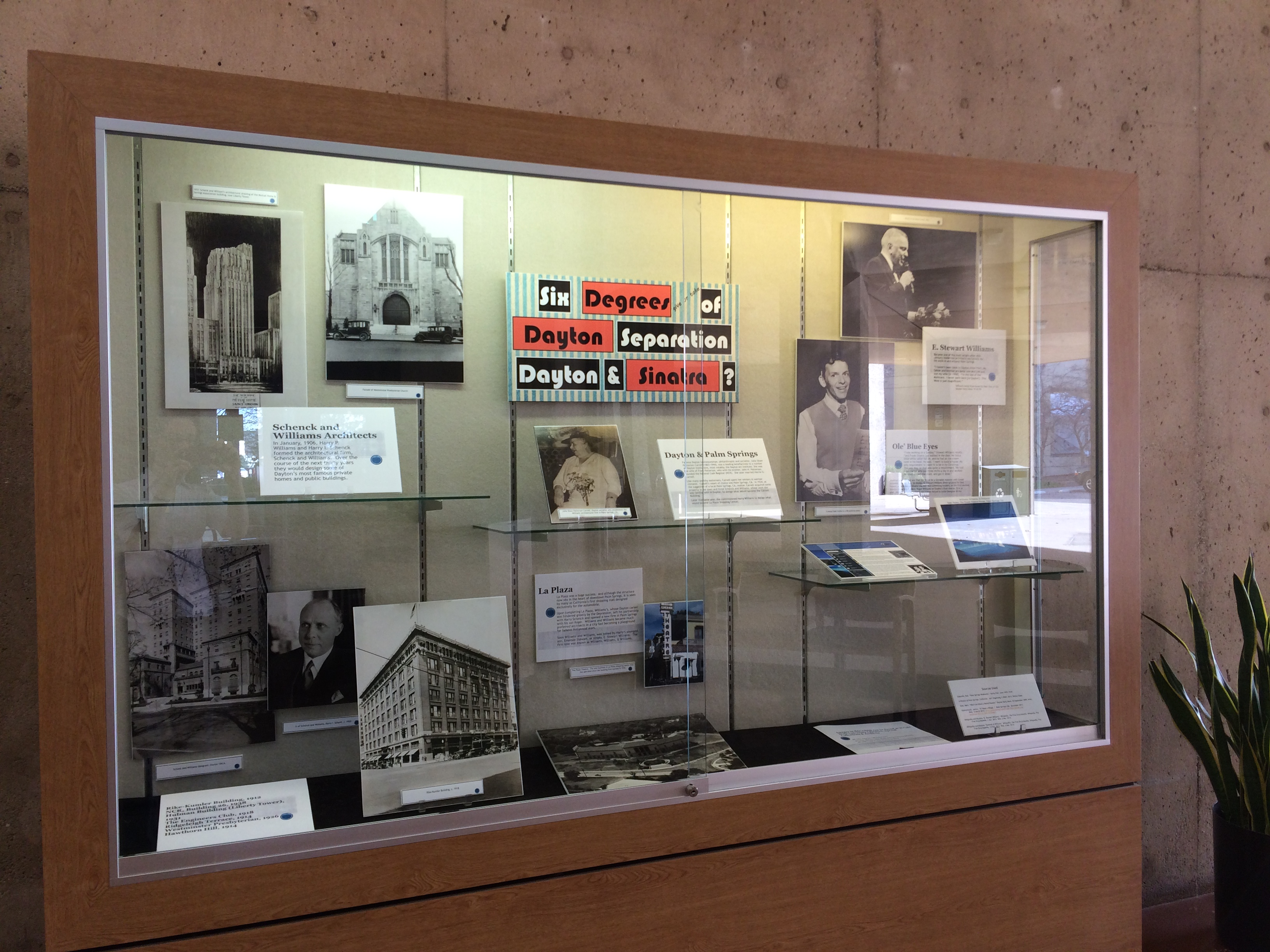 Have we piqued your interest? Wondering what the connection actually is? We’ll give you a hint: it has to do with Sinatra’s home in Palm Springs. But you’ll just have to check out the exhibit for the rest of the details! 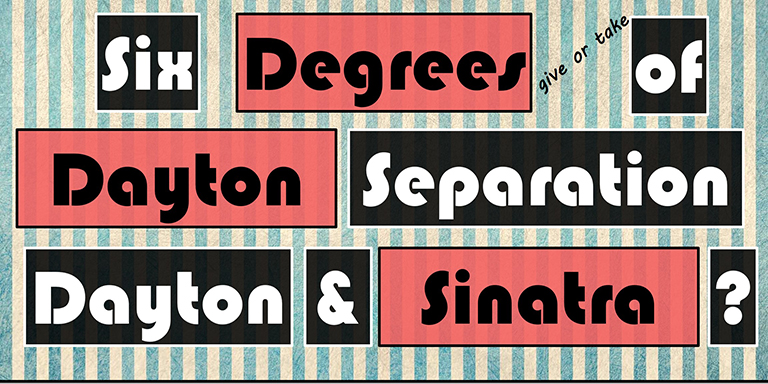 This entry was posted in Exhibits and tagged exhibits, news, outreach. Bookmark the permalink.