On May 21, 1864, the Union army, after almost 10 days of continual contact with Confederate forces, took a break to “wash and rest” at Cassville, Georgia, as noted in a letter from Robert Patterson.  Both Robert and William Patterson wrote letters to their mother on May 21, which are displayed below.

Of the two, Robert’s letter is the most interesting.  His letter describes what the army has been doing and that they have told to “prepare for a twenty day march and to live or rather starve off the country.”  Robert goes on to comment that “the people of this part of Secessiondom are intensely bitter towards us” and that the women even helped with building fortifications.  His final comment is notable “If we take Atlanta and Grant Richmond and I see nothing to prevent it, this Campaign will end this war without a doubt.”

William’s letter is much shorter indicating he “is safe so far” and giving a brief update on his unit.  Both letters comment on hearing from their brother and that they seem to be doing well. 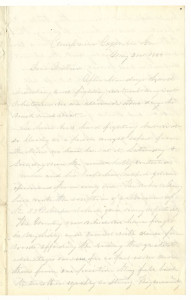 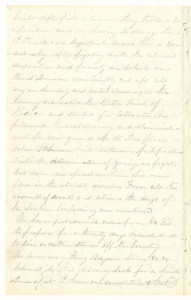 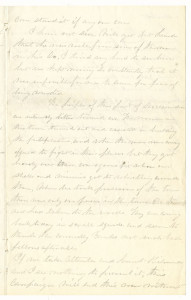 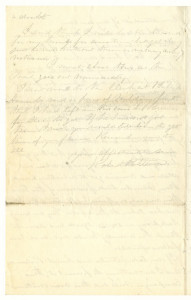 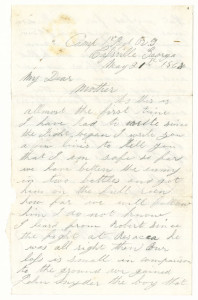 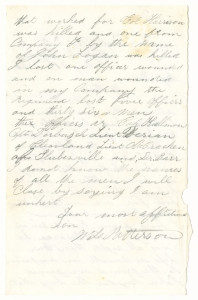