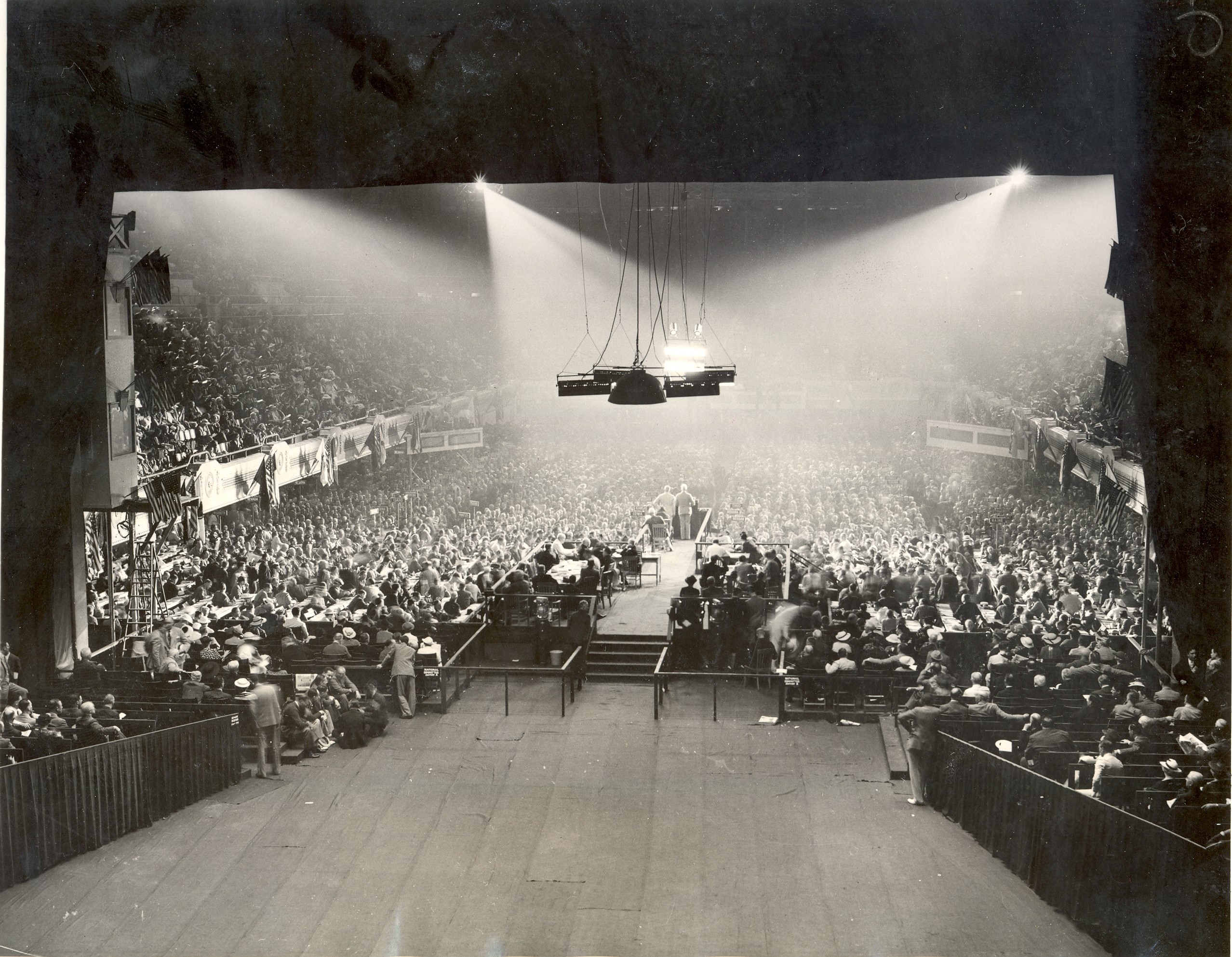 Scene as the curtain lifted on the 1936 drama staged by the Republican Party for its national convention in Cleveland June 9. The stage is the huge Public Auditorium, while the actors are delegates of the Grand Old Party. The plot, awaiting the final curtain call, is the selection of a standard bearer to oppose President Roosevelt in his bid for a second term.