In the Words of Roy Fitzgerald

Roy G. Fitzgerald, Sr., jotted the following lines at the end of a letter to the editor of the Dayton Journal-Herald newspaper on June 15, 1949, after describing a number of items recently donated to the Dayton & Montgomery County Historical Society:

It would be delightful if other descendants of our pioneer families would take thought for the preservation of old letters and documents and heirlooms from the old days.

To read the entire text of the letter (from MS-23 Andrew Iddings Papers), click on the images below to enlarge them: 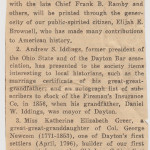 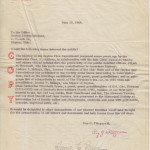 Roy G. Fitzgerald, Sr. (1875-1962), a local lawyer and Congressman (1921-1931), was a great advocate for the preservation of Dayton’s history in the early part of the 20th century. He was served for several years as President of the Dayton & Montgomery County Historical Society (now Dayton History), as well as on the Board of Trustees of the Dayton Public Library (now Dayton Metro Library), and the local history collections of both organizations benefited greatly as a result of his efforts. 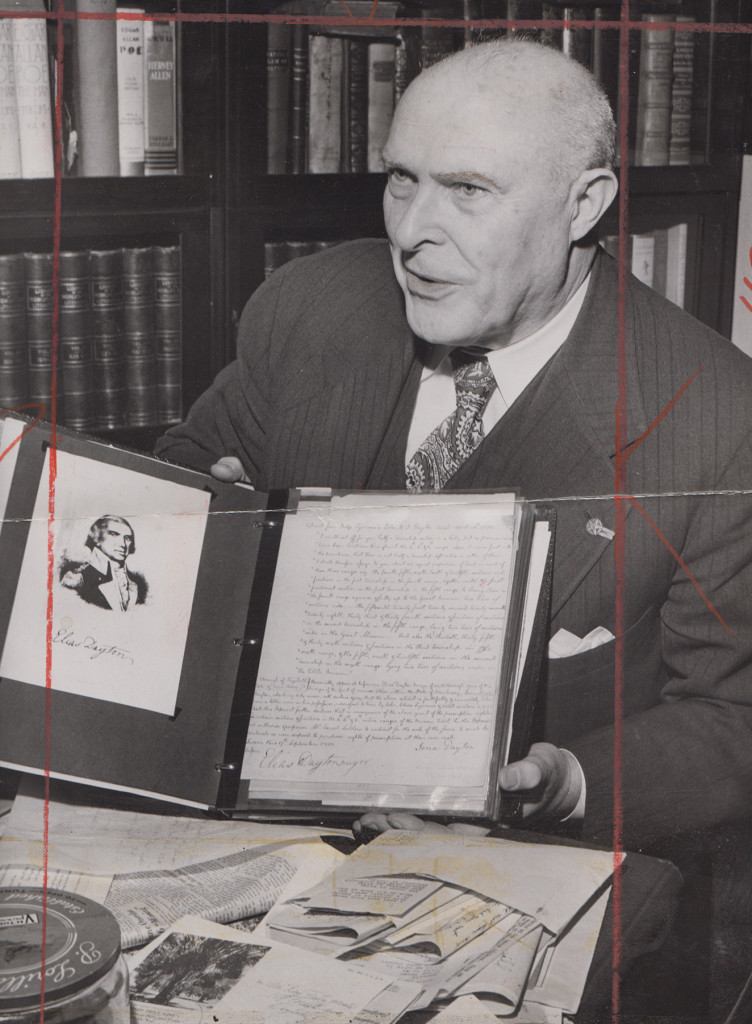 It certainly is “delightful” when descendants of our community’s pioneers “take thought for the preservation of” those pioneers’ manuscripts, artifacts, and legacies — especially when they consider placing those materials in the hands of an institution, such as ours or many others in the area, that can make them available for the study and enjoyment of the public at large.

But one does not need to have been born in the Miami Valley or be descended from our early pioneers in order to be “important enough” to have his/her papers preserved. For instance, consider Charles F. Kettering and Ermal Fraze, neither of whom were Dayton natives. For that matter, Fitzgerald himself was not born in Dayton; he moved here from New York with his parents at age 15—and yet, as an important figure in Dayton’s more modern history, Fitzgerald’s papers can be found at the Dayton Metro Library.

Additionally, let’s not forget that it is valuable to preserve the stories of “ordinary” people, as well. One need not necessarily be, or have an ancestor who was, a prominent Dayton pioneer or a famous inventor (although some, like the Wright Brothers, may fit both categories!) or famous at all to be worthy of space in the archives.

This is not to discount the importance of saving the papers of people with names like Patterson, Van Cleve, Newcom, Steele, Peirce, Crane, etc. — but there are plenty of others (old and new!) who belong in the archives as well. Just some food for thought.

Thanks to our student worker Nina, who is currently re-processing the Andrew Iddings Papers (MS-23), for sharing this interesting document when she came across it.

This entry was posted in Collections, Local History and tagged collections, I found it in the Archives, local history, MS-23, MS-458. Bookmark the permalink.