On August 11, 1914, Ohio Governor James M. Cox was nominated to run for re-election to the governorship. However, despite his success in working with the state legislature to implement several Progressive reforms in 1914, he was defeated in the 1914 election by Frank B. Willis. However, Cox ran for governor again in 1916 and 1918, winning both times. He was the Democratic nominee for President in 1920, but he was defeated by Warren G. Harding.

The following are a few materials from our James M. Cox Papers (MS-2), pertaining to Cox’s 1914 election campaign:

The above is an excerpt from a speech given by James M. Cox during his 1914 election campaign. He starts out: “You ask me why this administration should continue for two years more…” He reminds voters of the good he has already done and makes mention of areas in which he intends to continue to work for progress, including: Workmen’s Compensation, agricultural activities, rehabilitation of country schools, fiscal reforms, and widows’ welfare.

Below are just two of several cartoons from “A Campaign Picture Book: A Story in Pictures of the Administration of JAMES M. COX, as told by ‘Billy Ireland,’ the Noted Cartoonist,” from the 1914 election campaign: 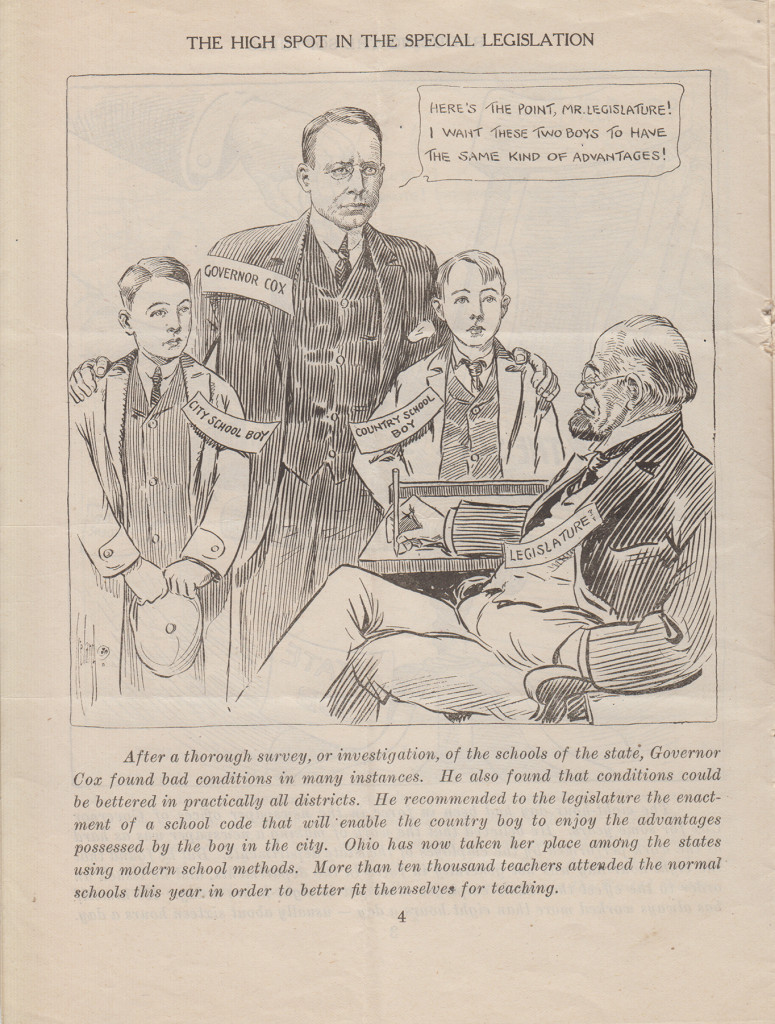 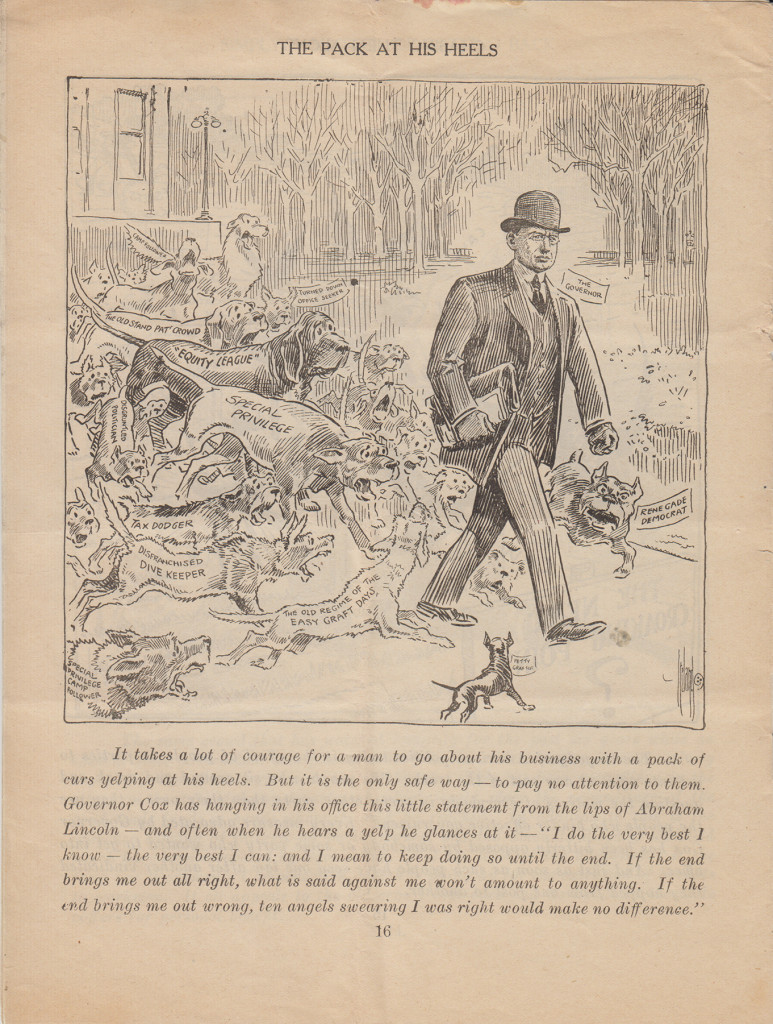 For more information about James M. Cox, the following resources may be of interest: