On August 15, 1864, William Patterson rejoined the 1st OVI at Camp Whiteside, Tennessee — just outside Chattanooga.  In this August 20, 1864 letter to his mother, William reports that five companies have been mustered out, a sixth one will be gone tomorrow, with four companies remaining.  His company will be the last to go which he expects to be about October 7.  William also writes that the regiment is doing very little, except guarding a bridge in the mountains.  However, they are healthy with plenty of vegetables and fruit available to eat.

Finally, William indicates he received a letter from Robert, who is doing well.  In addition, he saw two officers from the 61st OVI, who gave glowing reports of Robert’s performance in the field. 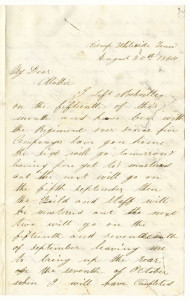 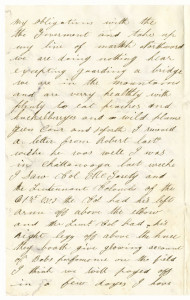 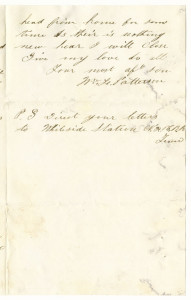