On August 20, 1914, Orville Wright and student pilot U.S. Navy Lt. Kenneth Whiting were trying out a modified Wright Model G Aeroboat on the Great Miami River in Dayton. Orville was at the controls and 30 feet in the air when one of the wings broke and sent the plane (and the men) into the river.

According to the Library of Congress’s Wilbur & Orville Wright: A Chronology (p. 207), Orville “narrowly escaped drowning” in the accident. The passenger Whiting also survived apparently unscathed.

Probably because the incident turned out all right in the end, Bishop Milton Wright’s August 20th diary entry refers to it by saying only that “the flyer took a dive.” 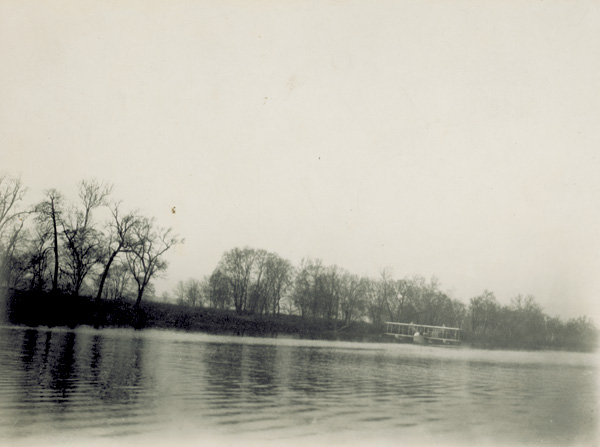 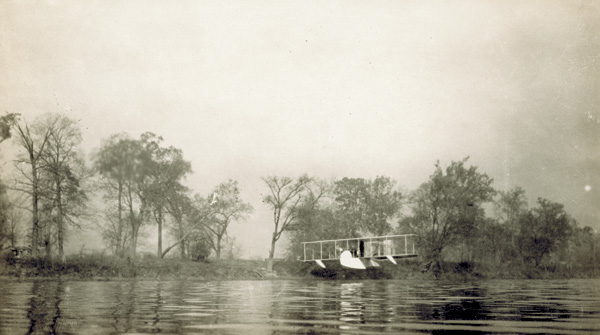 You can view more photos of the Wright Model G Aeroboat on CORE Scholar.