The history of aviation, as well as the local history of the Miami Valley, are among our major collecting areas here at Wright State University Libraries Special Collections & Archives. And with the important role that aviation has played in the Miami Valley’s history—from the Wright Brothers to current aerospace research and development—it’s no surprise that the Dayton Daily News Archive would contain many files on aviation and Air Force topics, such as the B-1 Bomber program, which is the subject of today’s post. 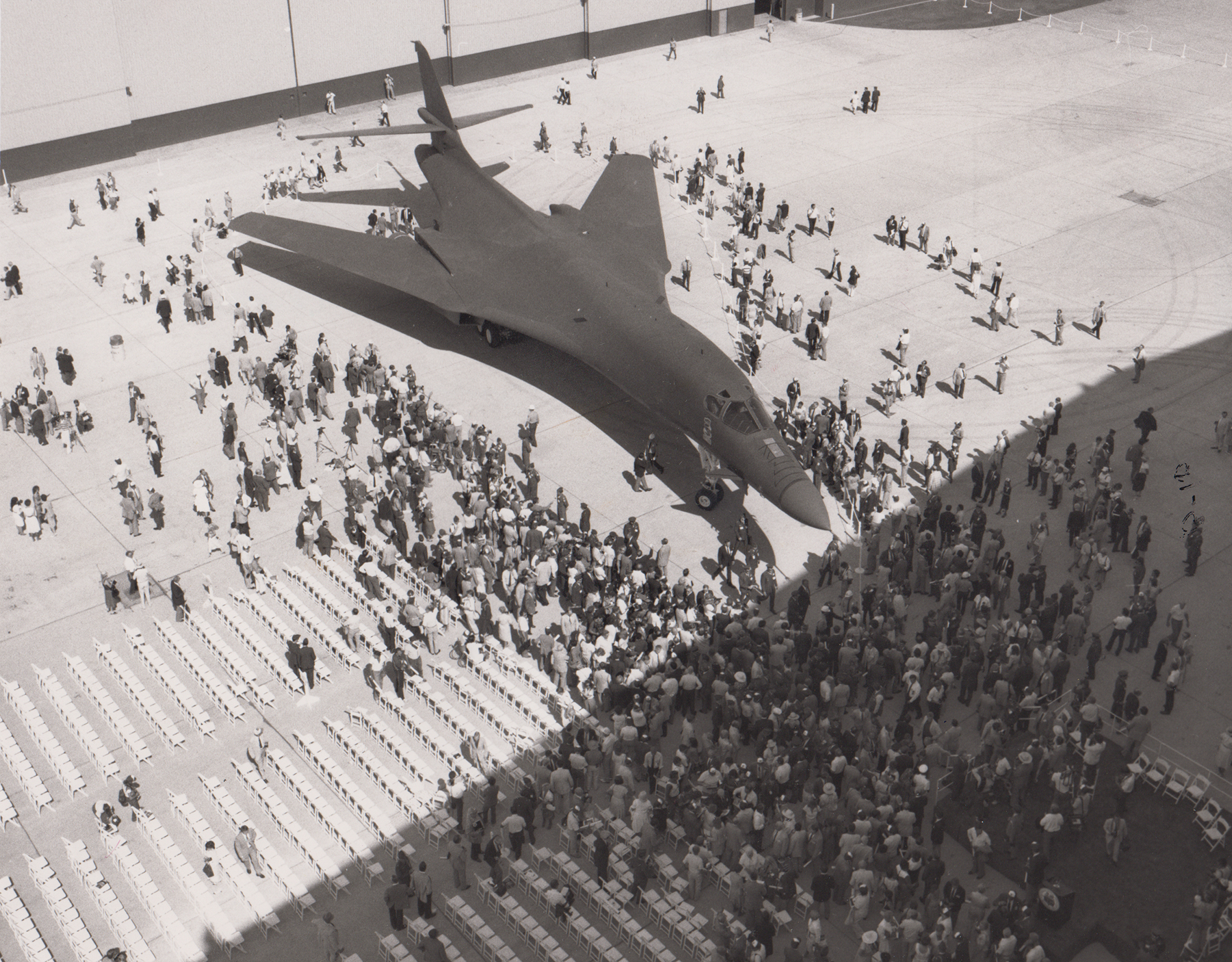 What eventually became the Boeing B-1B Lancer, a supersonic strategic bomber, was first envisioned in the 1960s as a replacement for the B-52 Stratofortress. The B-1A was developed by Rockwell (now part of Boeing) in the early 1970s, and the first B-1A flew in Palmdale, California, on December 23, 1974. However, due to strategic changes in the U.S. Air Force, production was cancelled in 1977, and only four B-1As were ever produced. The project was later continued, and the B-1Bs were developed in the early 1980s. The first B-1B was rolled out at Rockwell’s Palmdale plant on September 4, 1984, and the first B-1B flight took place on October 18, 1984, about 15 years after B-1 development had first begun. The B-1B was first introduced into active service October 1, 1986, and is still in service today.

As shown in the photographs below, a B-1A was transferred to the National Museum of the United States Air Force in December 1986. In September 2002, the NMUSAF obtained a B-1B, which is currently on display in the Cold War Gallery.

The photographs below, from the Dayton Daily News Archive, show not only the exterior of the B-1 planes, but also detailed views such as the cockpit, radar assembly, engines, and landing gear. Click on an image to view a larger image and a more detailed caption.

Cockpit of the B-1A, instrument panel, for the Air Force Museum, 1987

Explanation of “How a supersonic B-1 bomber would perform” printed in Dayton Daily News, June 30, 1981; original source U.S. Air Force.

This unit is one of three modified AN/APQ 144 forward-looking radar assemblies which are being built by GE’s Aircraft Equipment Division for use on the B-1 manned strategic bomber. 1974

For more blog posts on aviation history, please check out items tagged “aviation” on our Out of the Box blog.

This entry was posted in DDN and Dayton and tagged aviation, B-1. Bookmark the permalink.