Will the ‘real’ First Flight Photo please stand up? 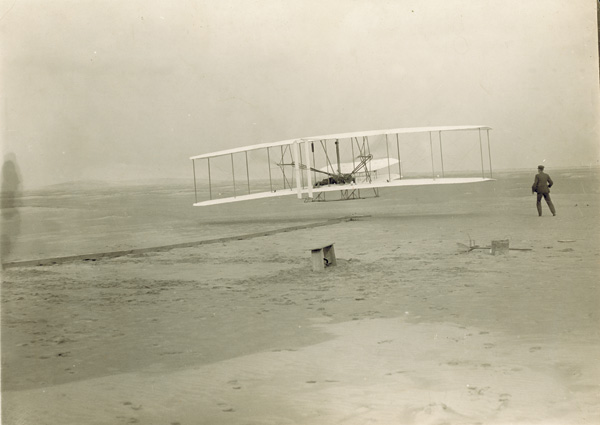 Arguably one of the most famous photographs in the world, the above photo is widely recognizable as “the” First Flight photograph. Its silhouette has even become the logo of Wright State University and adorns all official university stationery.

But did you know that we have several prints — all slightly different — of “the” first flight photo? All of the prints depict the exact same instant in time (i.e. are from the same original glass plate negative, which is held by the Library of Congress), because there was only time for John T. Daniels to capture a single image during the 12-second flight that changed history.

Even so, the “other” First Flight photos can be seen in the gallery below. Click on an image to view a larger version of it. (The number underneath is the photo’s unique identifier number, for cataloging purposes. As you might imagine, that number becomes even more important for distinguishing one photo from another when you have 15 so similar!) 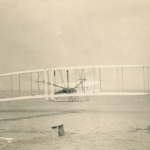 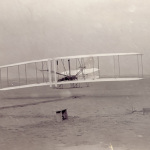 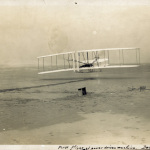 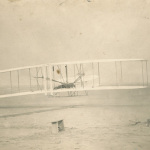 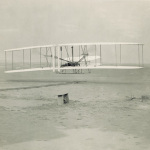 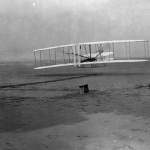 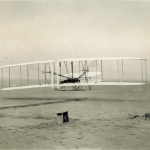 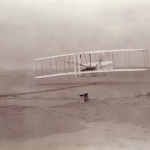 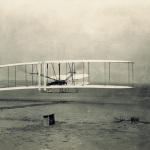 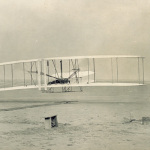 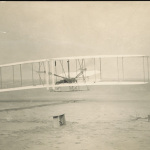 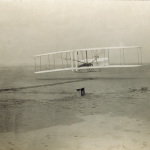 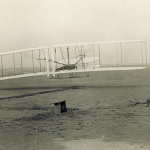 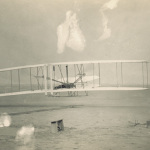 As you can see, some of the prints have been cropped differently, their tone and contrast vary, and some (such as #7) are even damaged.

Photo #10 (seen at the top of this post) seems to be the one most often chosen for publications, but perhaps one of the others is your favorite.

You can view all photos from December 17, 1903, including these and more, on CORE Scholar.