Whether You Like It or Not…Another Dayton Innovator: Larry Flynt 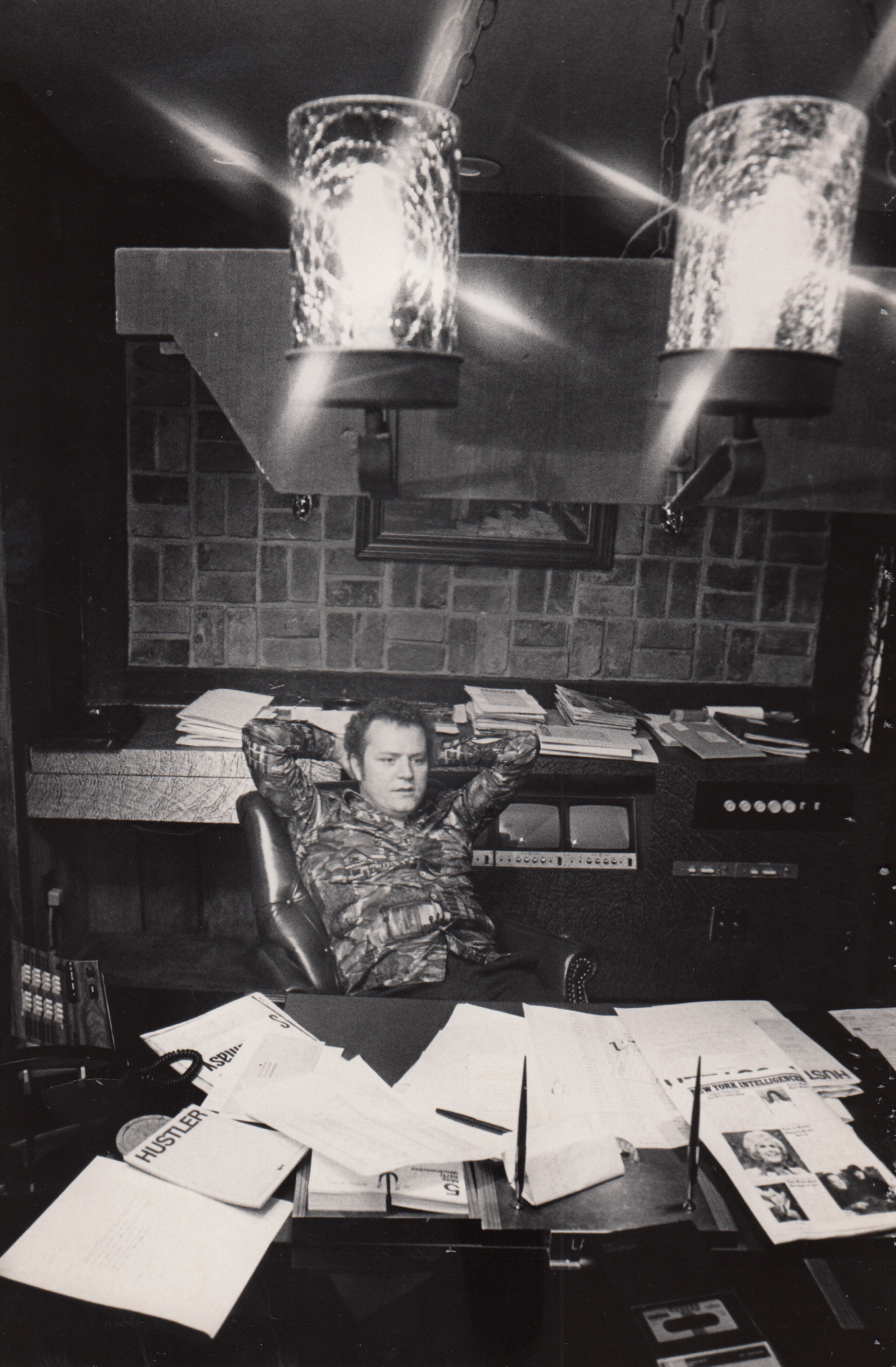 In October, Lisa Flynt, the daughter of Hustler Magazine owner and one-time Dayton entrepreneur, Larry Flynt, died as a result of injuries sustained in a Riverside, OH, automobile accident. Her death here revealed the deep connection the Flynt family has not only to the Miami Valley, but also Central and Southwestern Ohio. The material in bloc quotes below is taken from Flynt’s autobiography, An Unseemly Man: My Life as a Pornographer, Pundit, and Social Outcast.

Though he and his family were from Kentucky, Flynt’s parents divorced and his mother remarried, and eventually moved to Dayton. She began operating a bar called the Keewee Club in the 500 block of Milburn Aveune.  After a stint in the Navy, Larry moved here in 1962 and by 1965 had taken over operation of the Keewee from his mother.

He later changed the name of the bar to Larry’s Hillbilly Haven. Intent on catering to working-class patrons, it featured typical “backyard” mainstays and activities, like horseshoes and picnic tables. Flynt also found solace in the Appalachian roots of many of the Keewee’s patrons.

Customers I knew best, of course, were working-class people like myself, especially hillbillies. There were a lot of hillbillies in Dayton, and the Keewee was located in the middle of a neighborhood where all the hicks were living. Everyone was from Kentucky, Tennessee or West Virginia.

Flynt grew tired of the less than savory clientele his bars attracted and decided he would open an upscale establishment. Capitalizing on the “go-go” club craze of the mid-60s, he created the Hustler Cocktail Lounge, which would eventually beget the magazine.

Shortly after I opened the Hustler Club, I got a call from my bank in Dayton. I had borrowed a little money to do the remodeling and the bank wanted me to repay it. We had a disagreement about whether the note was due. The guy on the phone annoyed me…I thought he was wrong. I had the money. It wasn’t that I couldn’t’ pay; it was the principle of the thing. In a flash of inspiration I decided to pay off the bank and get some publicity for the club at the same time. I had an employee go out…and purchase wheelbarrows. At the same time, several other employees were making the rounds to different banks all over town, buying rolls of pennies enough to pay off the whole debt. The next day I led a procession along the sidewalks of downtown Dayton to the bank. Go-go girls, in costume, pushed the wheelbarrows through the front doors into the lobby and dumped the pennies on the floor. The Dayton Daily News sent a photographer. The story was picked up by the wire service, and the next day pictures of the girls were in papers all over the country. The bank took it in good spirits, although it did strain its dignity a little. 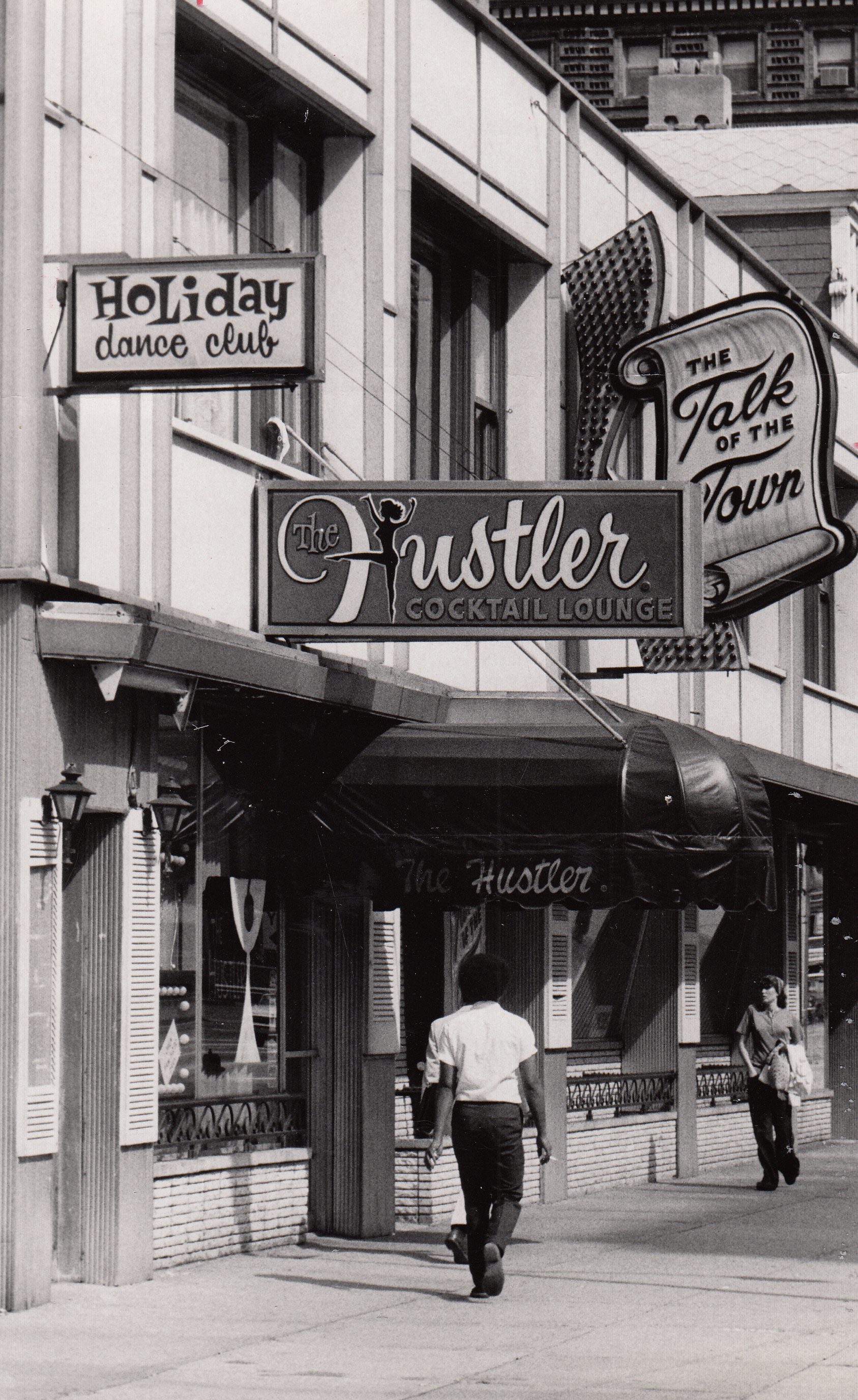 Soon Flynt expanded by opening a series of Hustler Clubs across Ohio and eventually found himself in the publishing business.I decided to send a monthly newsletter to [Hustler Club] members…in March 1972… It was an innocuous looking black and white, single-fold, four page bulletin with short articles on some of the go-go dancers and a couple of feature stories. It wasn’t much but it was a start. I got several calls from customers urging me to…expand it. I took their advice.  I…shortened the name to Hustler [and] in February 1973 I expanded to twenty-four pages. The little newsletter had grown into a small magazine.

Hustler magazine became a huge success and for a brief time was printed here in Dayton at McCall-Dayton Press. Though I cannot confirm this, I have read on some Dayton history websites that the magazine was printed at the Dayton facility until some of the employees complained about the content of the magazine and Flynt had the production moved elsewhere. http://www.daytonhistorybooks.com/board/board_topic/1550893/5452317.htm

Leaving Dayton, Flynt later moved his Hustler headquarters to Columbus. In Columbus, he purchased a house in the Bexley neighborhood. Eventually, as the Hustler empire grew, the headquarters again moved to Los Angeles.

The images and stories below were all taken from MS-458, The Dayton Daily News Collection.

“…in his living room in his office at Hustler Magazine in Columbus, June 13, 1976.” Photo by Peterson

“Larry Flynt explains how it got started, June 1976, Columbus. Photo by Peterson

Flynt talks with reporters from the Hamilton County Jail. He was indicted on charges of pandering obscenity and engaging in organized crime. Feb. 12, 1977. Photo by Peterson

This entry was posted in DDN and Dayton and tagged Dayton Ohio, inventor. Bookmark the permalink.