On February 2, 1915, Bishop Milton Wright wrote the following as part of the day’s diary entry:

…This is ground hog day. There is not a ray of sunshine.

(As there was “not a ray of sunshine,” it would seem that the groundhog probably did not see his shadow on that day, thus predicting that spring will come sooner.)

But this made us curious about how long “Groundhog Day” (the holiday, not the movie) has been around. Obviously, people were aware of it in 1915.

According to New World Encyclopedia, Groundhog Day in America dates back to at least as early as 1841.

On February 4, 1841, storekeeper James Morris of Morgantown, Pennsylvania, wrote in his diary:

Last Tuesday, the 2nd, was Candlemas day, the day on which, according to the Germans, the Groundhog peeps out of his winter quarters and if he sees his shadow he pops back for another six weeks nap, but if the day be cloudy he remains out, as the weather is to be moderate.

According to the encyclopedia citation, Morris’s diary is in the collections of Historical Society of Berks County, in Reading, Pennsylvania.

And the Historical Society’s Director of Collections, Kimberly (Richards) Brown, just happens to be a Wright State University Public History graduate (class of 2004).

So we contacted Kim to inquire about Morris’s diary, and she was kind enough to send us a scan, along with permission to post it here on the blog. (We added the blue box to highlight the location of the February 4th entry on the page.) 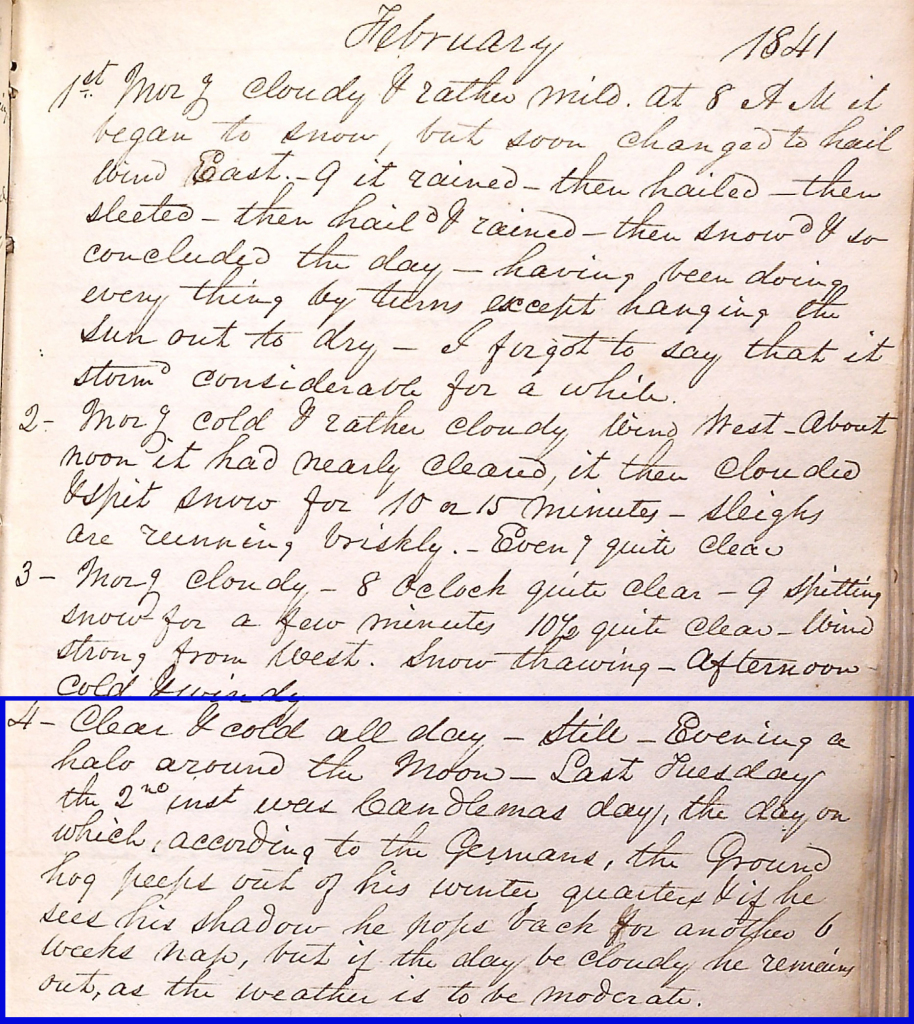 Special thanks again to Kim Brown and the Berks History Center, Reading, Pennsylvania, for permission to reproduce the above image from James Morris’s diary.