We are pleased to announce the installation of several new exhibits focused on World War I throughout the Dunbar Library.

Three of the exhibits can be seen on the first floor, near the circulation area:

One exhibit pertains to Raoul Lufbery (1885-1918), a fighter pilot and World War I ace. Lufbery was a member of the Lafayette Escadrille, an escadrille of the French Air Service formed in 1916 (before the U.S. entered WWI) and composed mainly of American volunteer pilots. 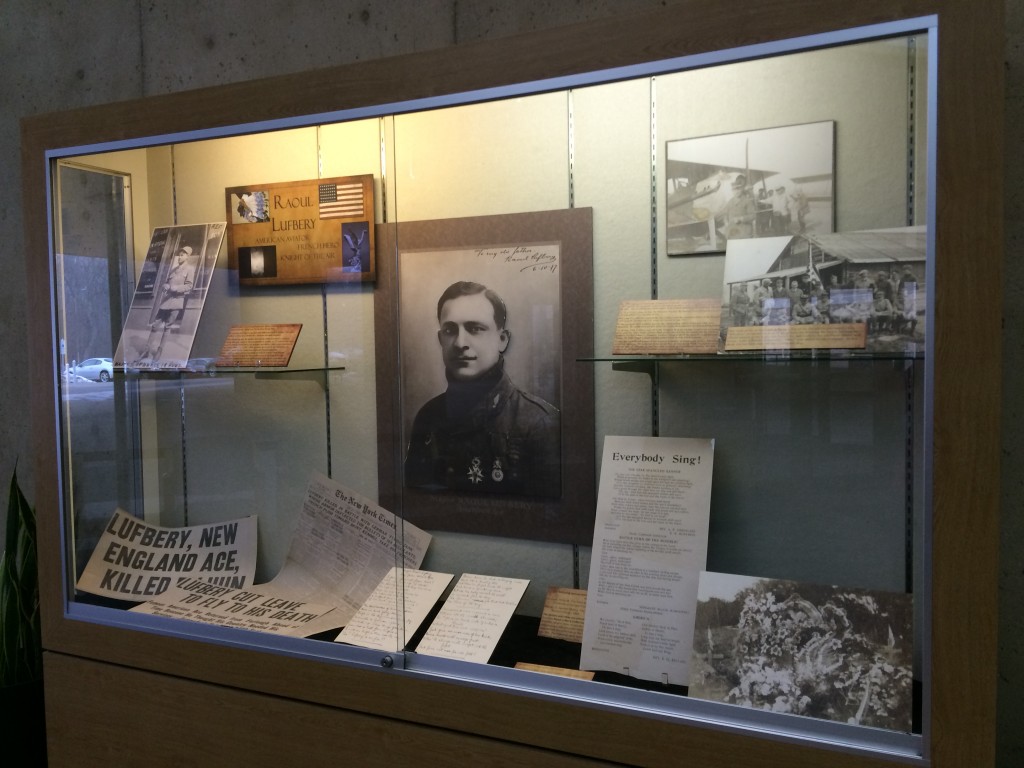 Another exhibit, in our Alumni Case (near the elevators), is “World War I Aircraft Production: Dayton-Wright Airplane Co. & the DeHavilland DH-4.” 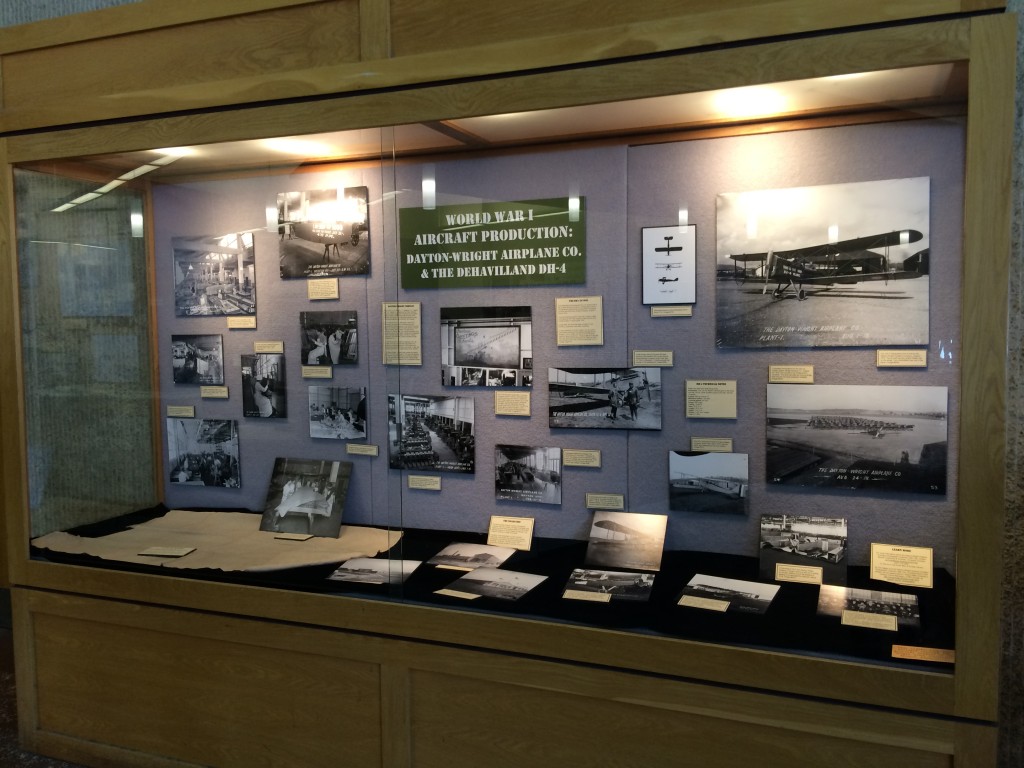 This exhibit describes activities at the Dayton-Wright Airplane Company, which operated 3 plants in the Dayton area and delivered more than 3,500 airplanes to the war front, most of which were De Havilland 4s (or DH-4s).   The exhibit also includes an original piece of wing fabric from the factory.   (You can also learn more about the Dayton-Wright Company here on our blog.)

A third exhibit on the first floor of Dunbar Library consists of a variety of World War I materials from several different collections in Special Collections & Archives: 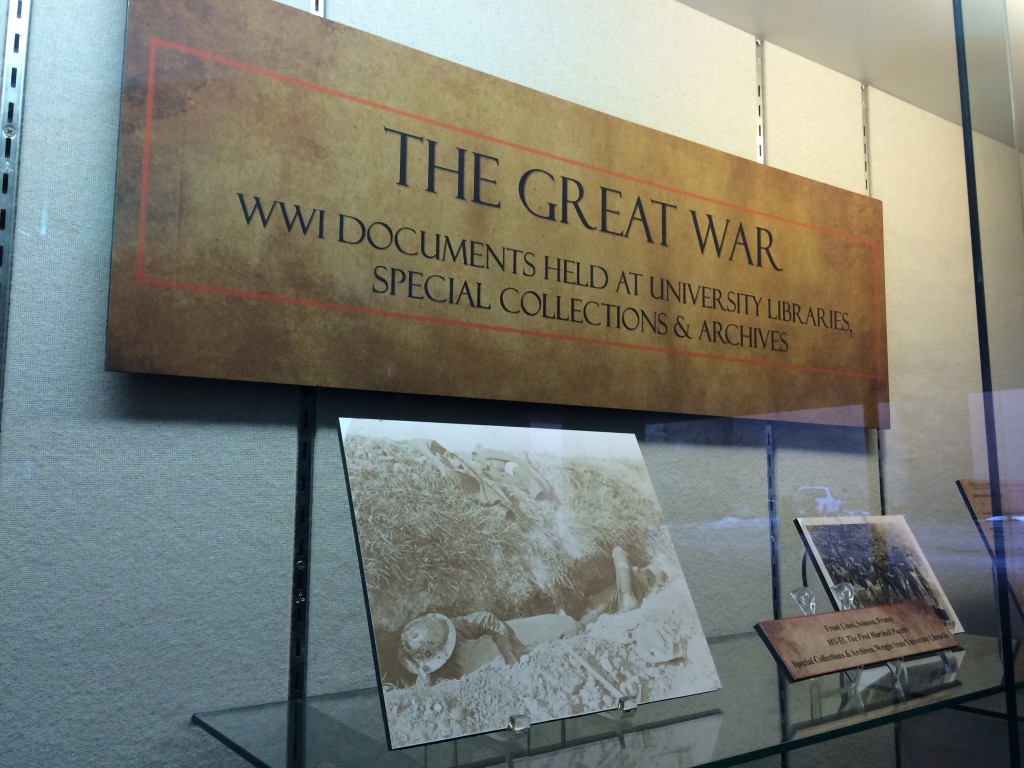 But don’t stop at the first floor! Please venture up to the fourth floor and into the Special Collections & Archives reading room to have a look at our special exhibit of original World War I materials, “The Great War.” 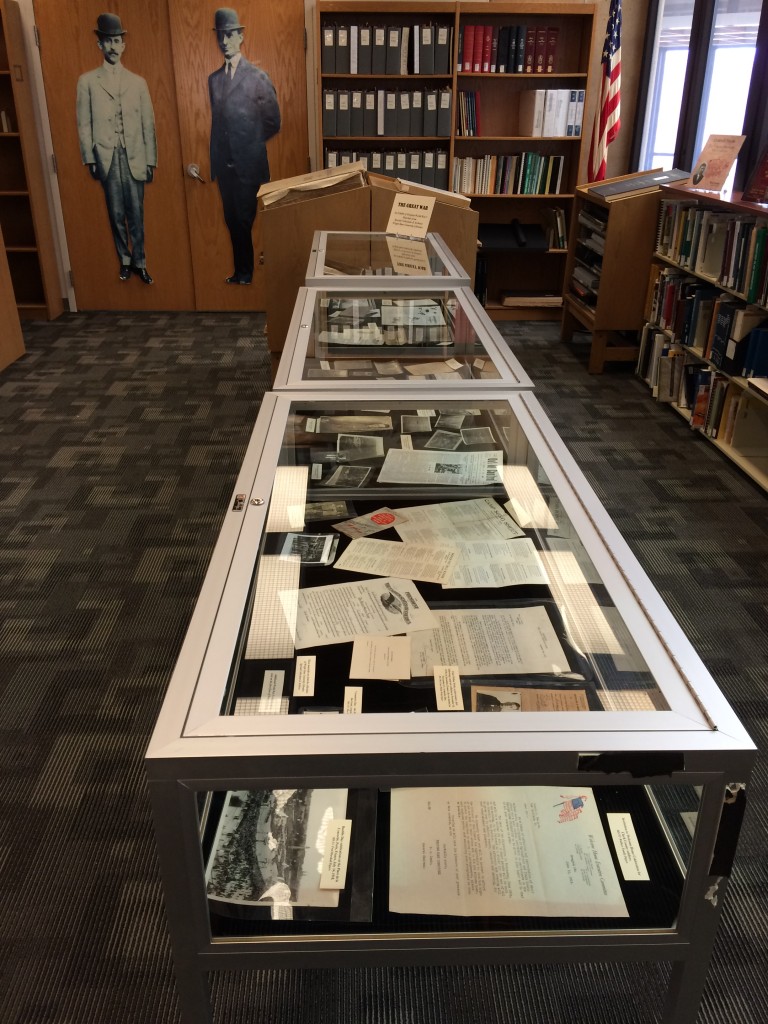 Exhibit of original World War I materials in our reading room, March 2015

We have three cases of materials on display; this is just a “sneak peek” — among the items in this view are photographs of soldiers, a draft notification letter, and a soldier’s manual:

Sneak peek of “The Great War,” an exhibit of original World War I materials, March 2015

Also on the fourth floor of Dunbar Library, just outside the Special Collections & Archives reading room and to the left (near the window and the restrooms), we have a large exhibit of reproduced World War I newspaper front page headlines: 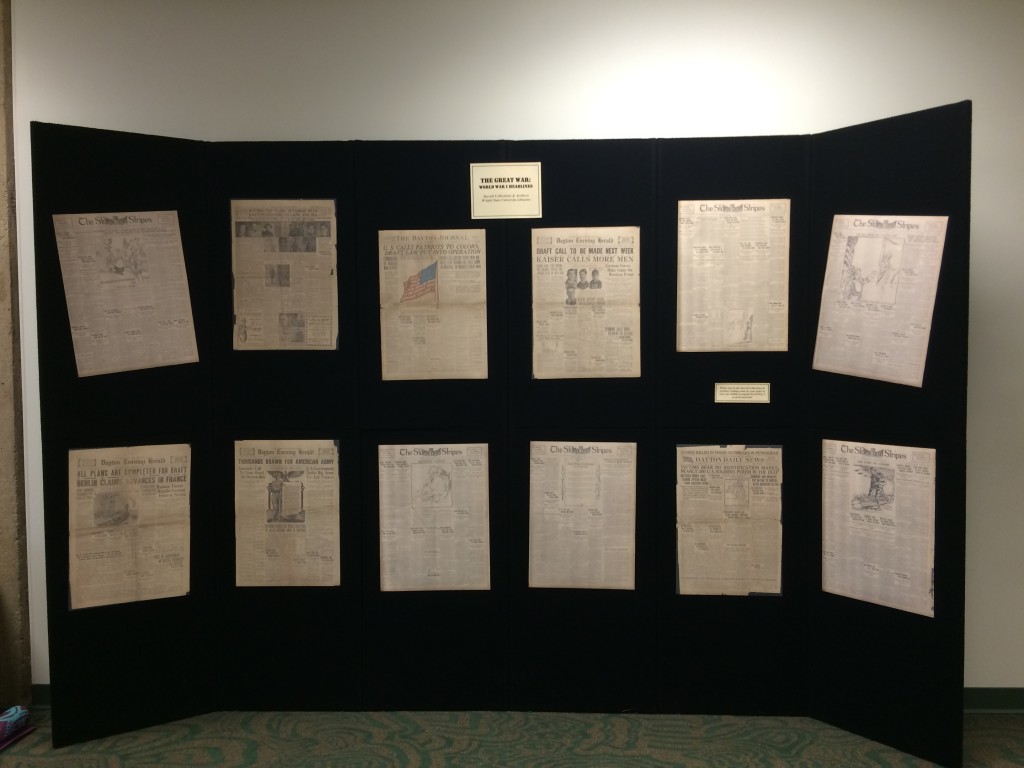 We hope that you will come visit the Dunbar Library and take a peek (or, better yet, a long linger!) at our World War I exhibits. The case exhibits will be on display through the end of Spring semester.

This entry was posted in Exhibits and tagged exhibits, MS-152, outreach, WWI, WWI100. Bookmark the permalink.