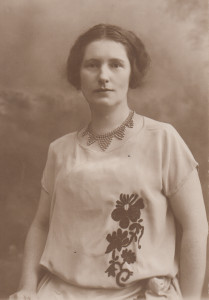 Alice Griffith Carr was born in Yellow Springs, Ohio, in 1887, the youngest daughter of William and Mary (Ladley) Carr.  Her maternal grandfather, Rev. D. F. Ladley, was among the founders of Antioch College, and her father was the founder and proprietor of W. W. Carr Nurseries, a well-known Yellow Springs firm. (And her uncle, Oscar D. Ladley, was a Civil War soldier, whose papers we recently digitized.)

Alice graduated from Antioch in 1904, and after teaching high school in West Mansfield, Ohio, and working as a beautician in Georgia, she enrolled in the Johns Hopkins Nurses Training School in Baltimore, graduating in 1914.

Carr then joined the first contingent of American Red Cross nurses to see service in World War I.  She sailed for France in June, 1917 and was attached to a base hospital near Verdun for two years. 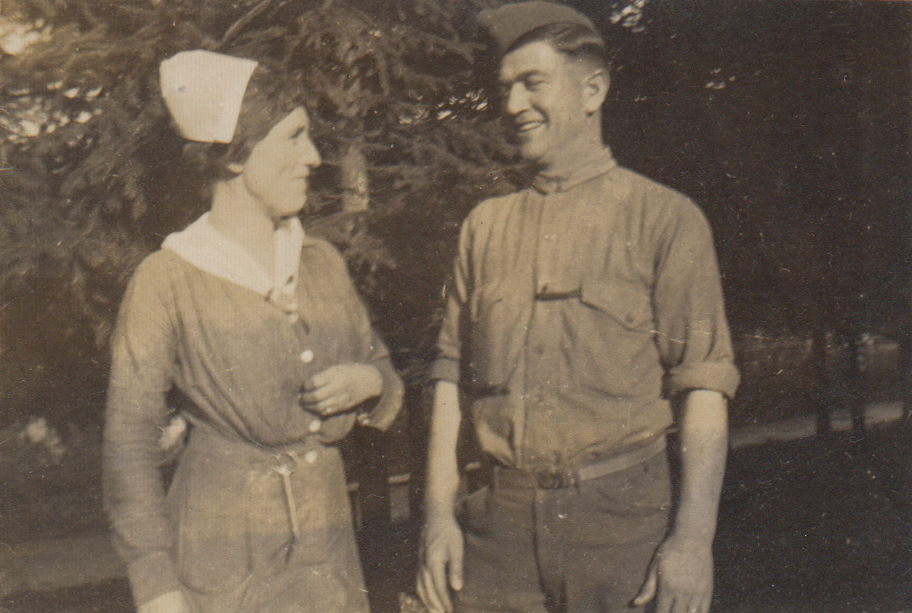 Alice’s time of service in World War I was the beginning of her long and distinguished career in nursing and public health in Europe and Asia, and except for a few brief furloughs home, she remained abroad until 1941. 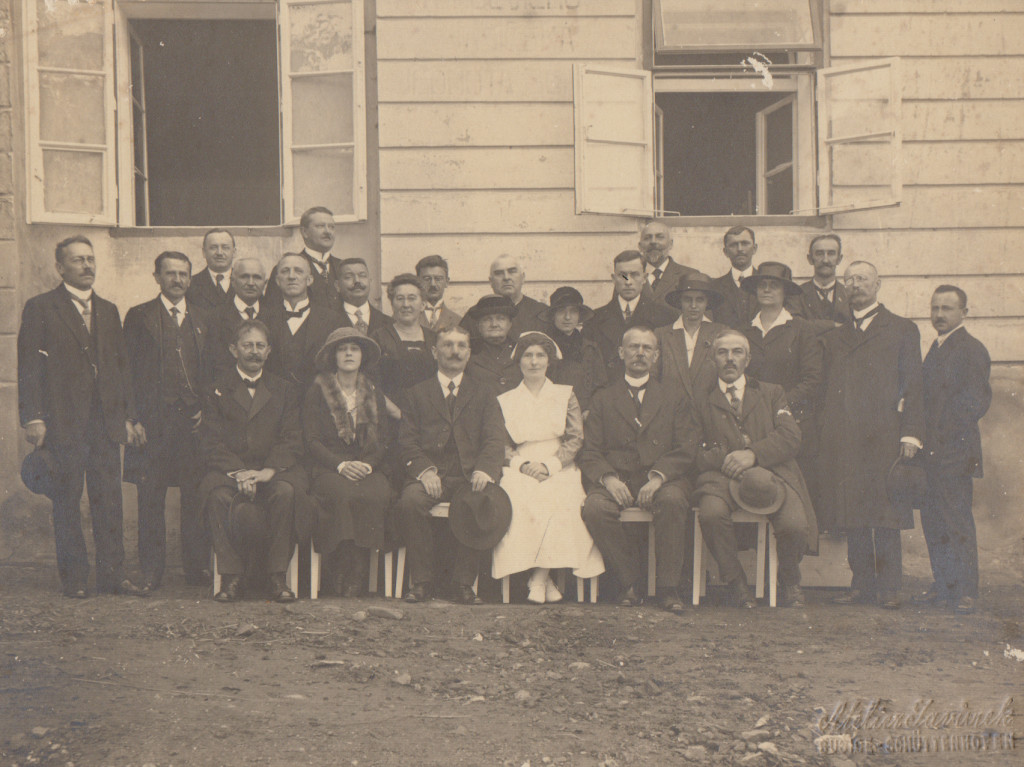 Group in Warsaw, ca. 1920 (Alice Carr is in the front row, center, in her white nurse’s uniform)

In the fall of 1941, the Nazi army occupied Greece, where Carr was living at the time, and all Americans were expelled. Carr returned to New York City to be the Advisor in Public Health for the Near East Foundation.  During the closing years of World War II, she traveled widely and lectured for the Foundation before going home to Yellow Springs to retire. She died in 1968 at the age of 81.

The following photographs depicting Alice’s experiences of World War I are from the Alice Carr Papers, Box 9. Portions of the captions that are in quotation marks are taken verbatim from the back of the photograph; in some cases clarifications [in brackets] have been added: 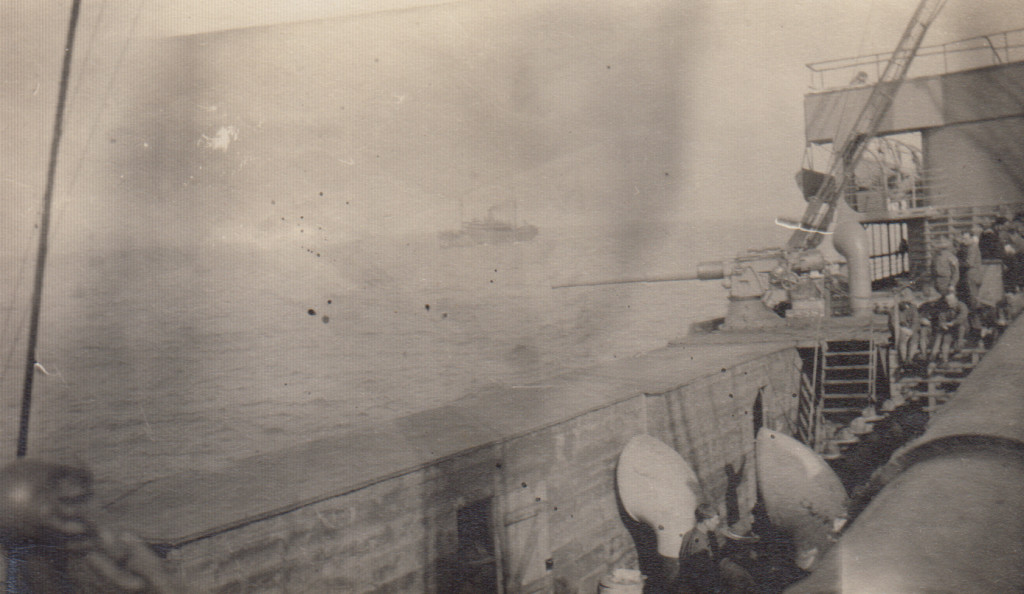 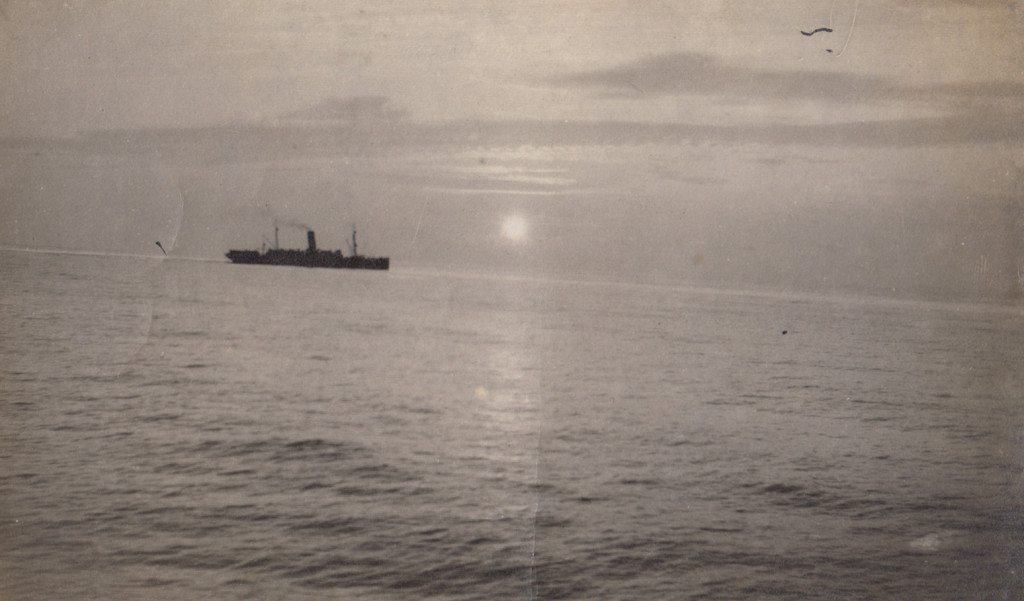 “Sunset and evening star. And one clear call for me. June 1917. Going over. Sub chaser – one of those which watched out for us.” 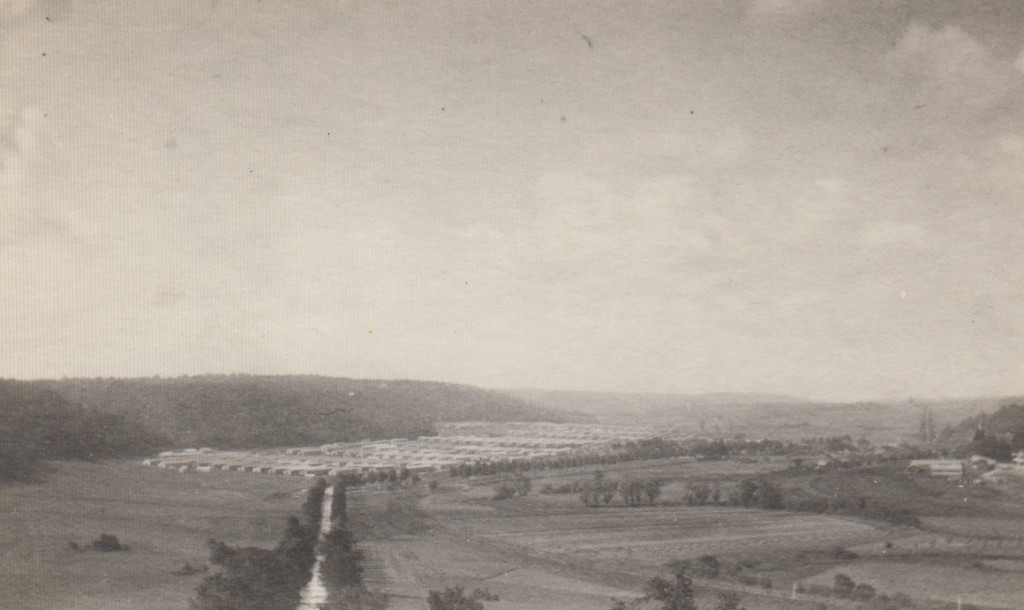 “Boz, [France], 1918. The long white road up the hill to Neufchateau. How many miles & miles of men & lorries have moved up here past our hospital. Never bombed 20,000 bed hospital. Germans flew over us constantly.” 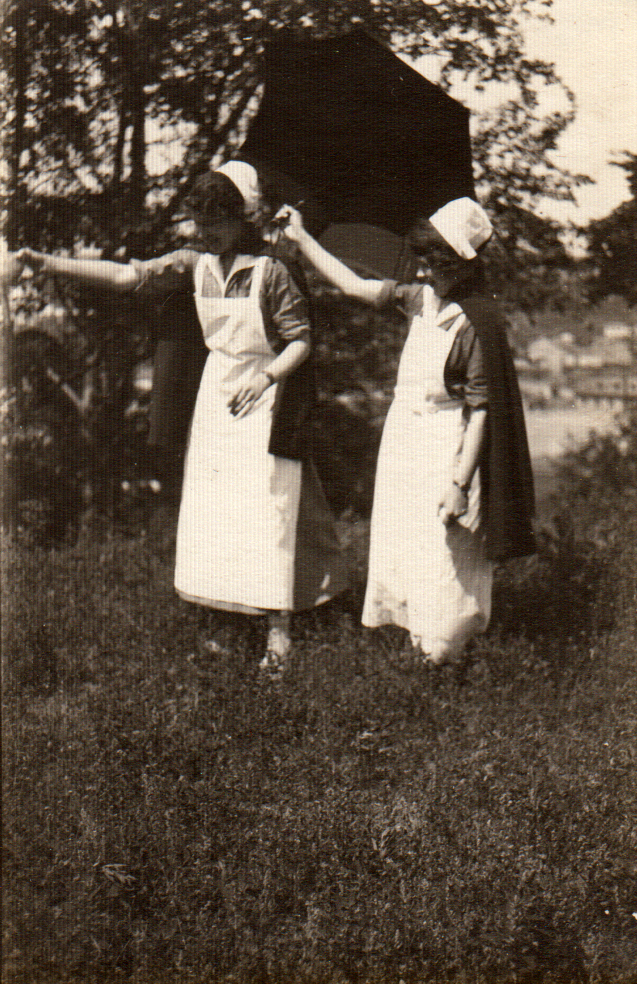 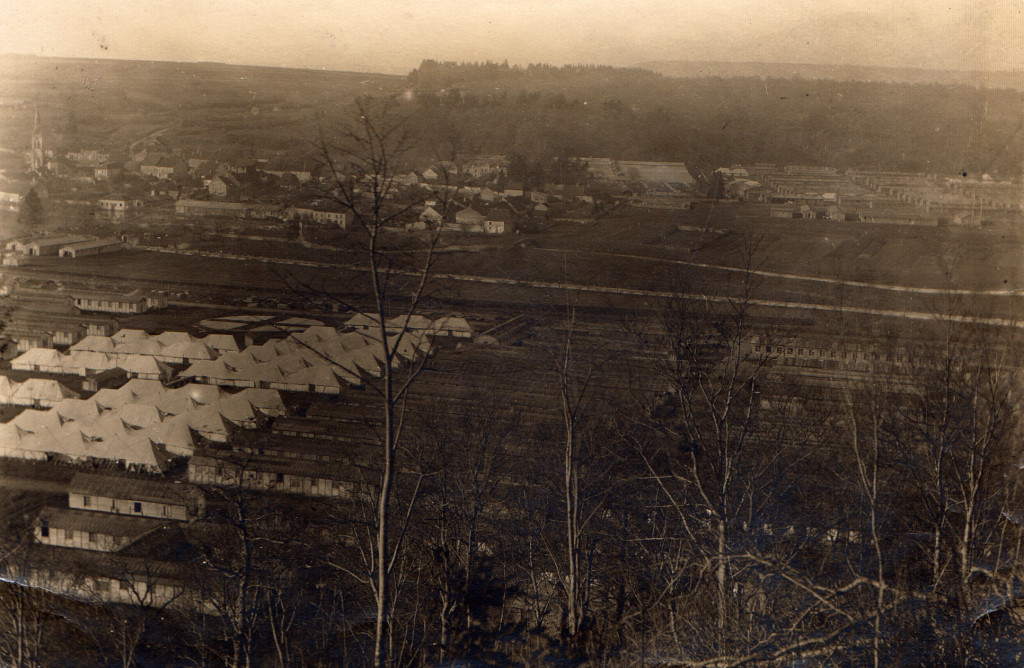 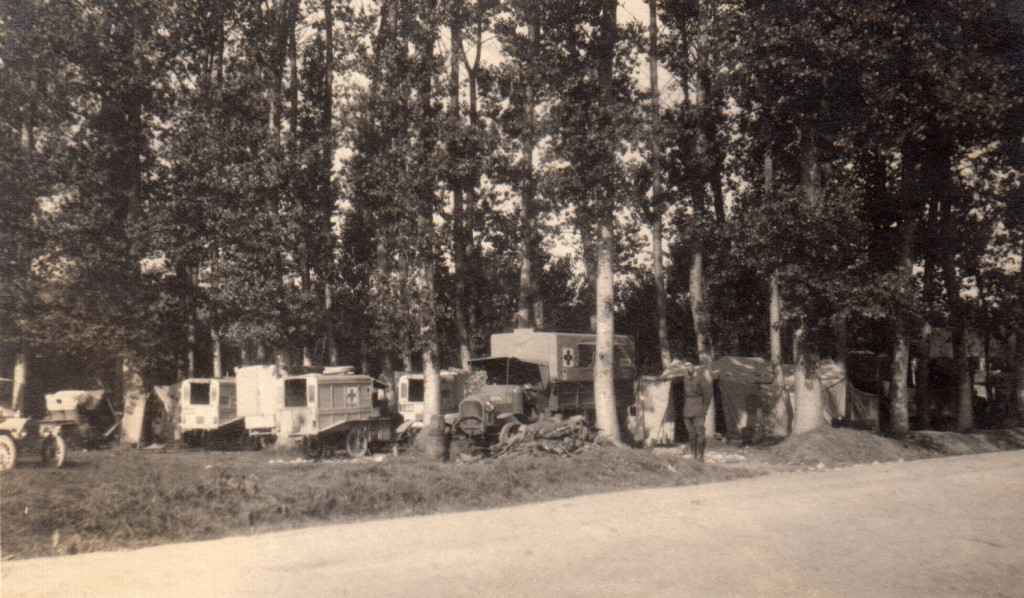 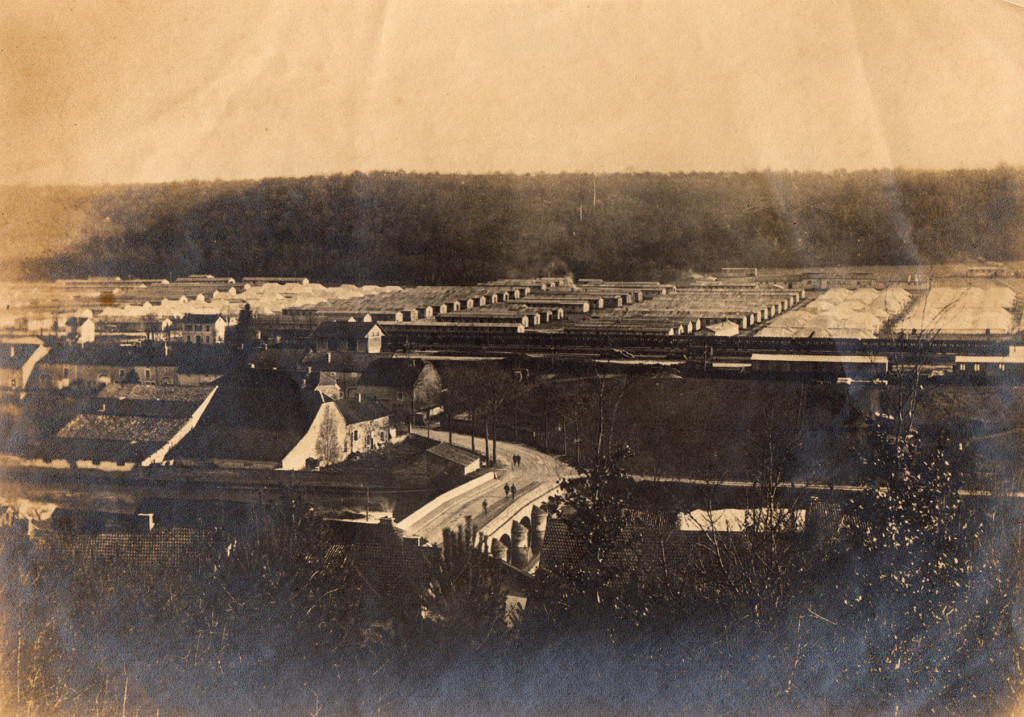 “Bazoilles-sur-Meuse. Fall 1918 about the time of the St. Mihiel drive [Battle of Saint-Mihiel, Sept. 1918]. Capacity 20,000 beds. [Seven?] base hospitals. Two were on the other side of the river and do not show in this picture. With love to all, Alice G. Carr. During flood season and drink time it was ‘Bazwilly submerged.’ Note the Red Cross train.” 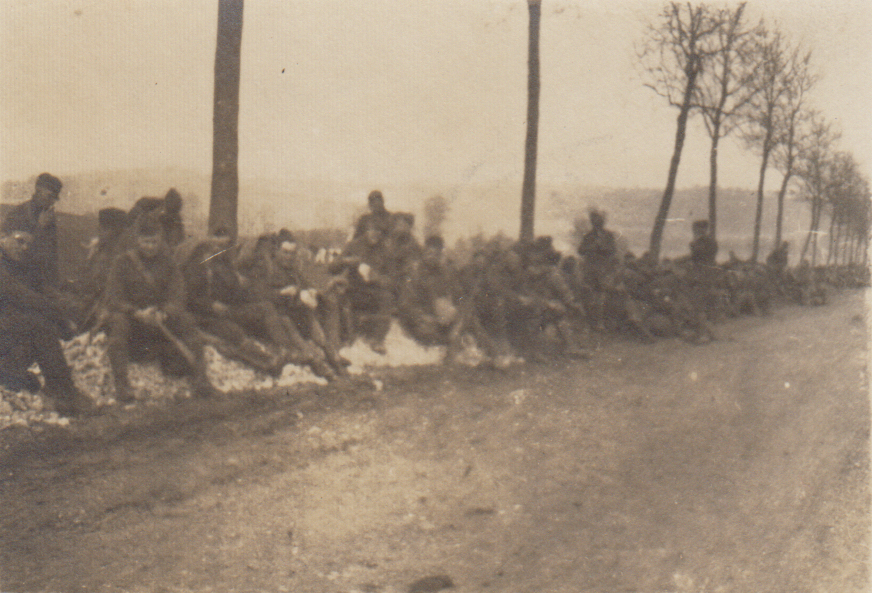 You can learn more about Alice Carr’s life and work, including her time as a World War I nurse, in the Alice Carr Papers (click to view PDF finding aid). The above text was taken, with few changes, from the collection finding aid, originally written by Dorothy Smith, January 1984.