The first set of quadruplets born in the Dayton area were the Deddens quads, born September 7, 1974, via cesarean section at Kettering Memorial Hospital. That was the day Oakwood residents, Bob Deddens, a 34-year-old lawyer (and later an Oakwood Municipal Court judge), and his wife Ruth, age 27, welcomed their four new baby girls: Amy, Katy, Molly, and Patty. 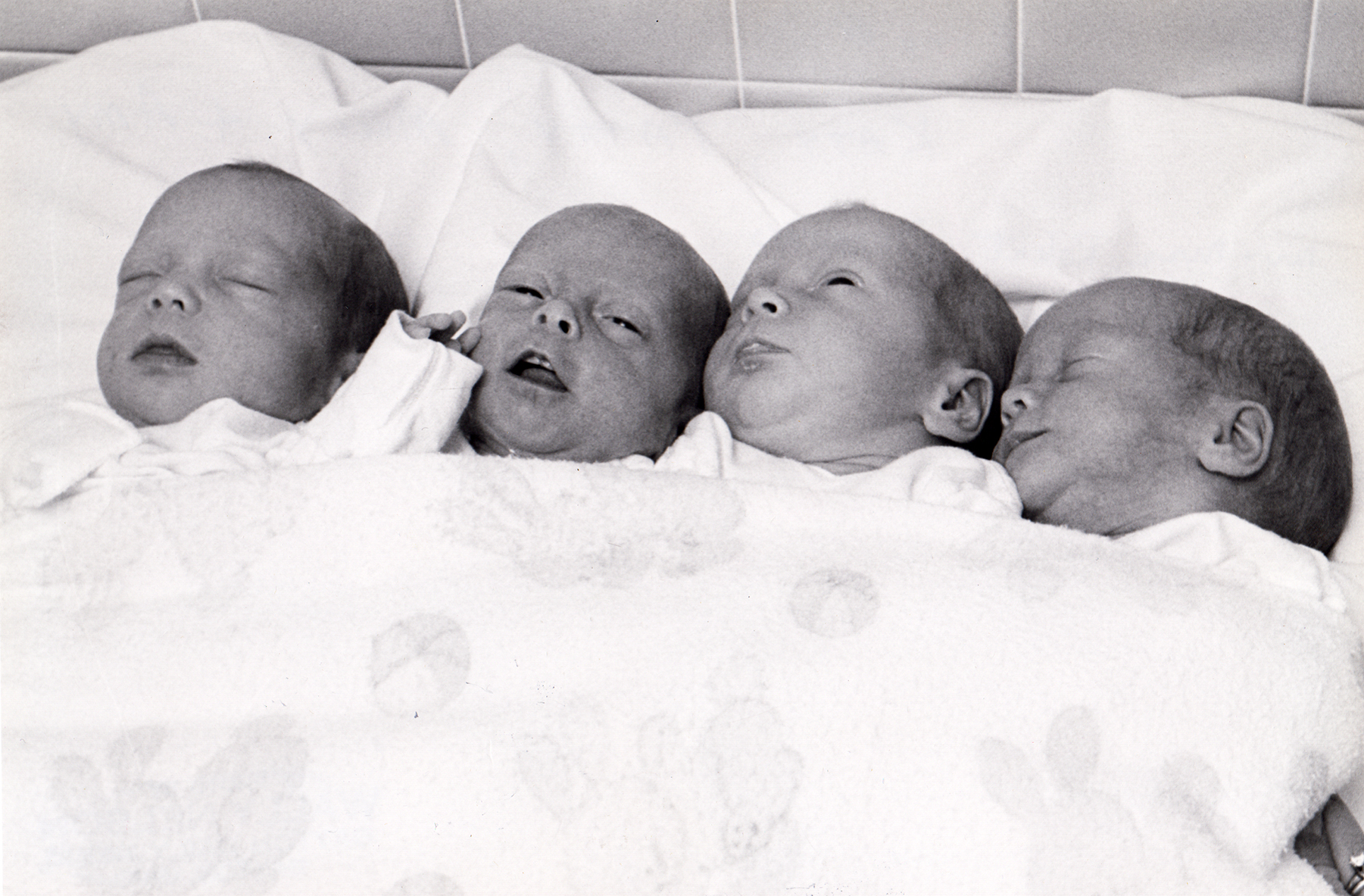 The quads joined older sister Darcy. And over the next several years, the family grew to 11, with the addition of James and Bobby (twins), John Paul, and Elizabeth. All of the Deddens children graduated from Oakwood schools.

Although multiple births have become more common over the years, quadruplets are still quite rare. According to CDC Data, out of nearly 4 million births in the U.S.A. in 2013, only 270 of produced quadruplets (about 0.007%).

The Dayton area has welcomed at least two more sets of quadruplets in recent years: Kenzi, Tysen, Kaylee, and Tessa Terrell, born February 25, 2009, to Tim and Kari Terrell of Leesburg; and Ashlynn, Beau, Christian, and Dakota, born September 23, 2012, to Tom and Amanda Barnhart of Madison Township.

Additional photos and news clippings about the Deddens family from the Dayton Daily News Archive are below. Click on an image to view it larger and read the additional description.

The materials above, as well as additional items not shown here, can be found in the Dayton Daily News Archive, in the Personality Files under “Deddens.”

Thanks to Molly, who recently inquired about materials in the DDN Archive pertaining to herself and her sisters, for giving the OK for us to extend her reference request into this blog post.

One Response to Dayton’s First Quadruplets