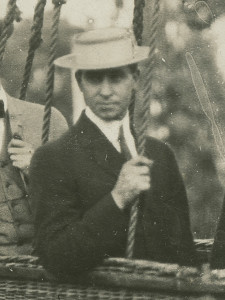 If you have been following our Twitter or Facebook, where we post (among other things) entries from Bishop Milton Wright’s diaries from 100-years-ago-today, then you have no doubt seen several references to one Mr. Roy Knabenshue lately. For instance:

Wednesday, September 15. We went to Centerville and back in Knabenshue’s automobile…

Thursday, September 16. Mr. Knabenshue died with us. In the evening, we went out to the flying ground at Sim’s Station, in Knabenshue’s automobile. He sups and lodges with us. I saw two flights at Sims. There are about 24 students of flying under Rhinehart’s instruction. 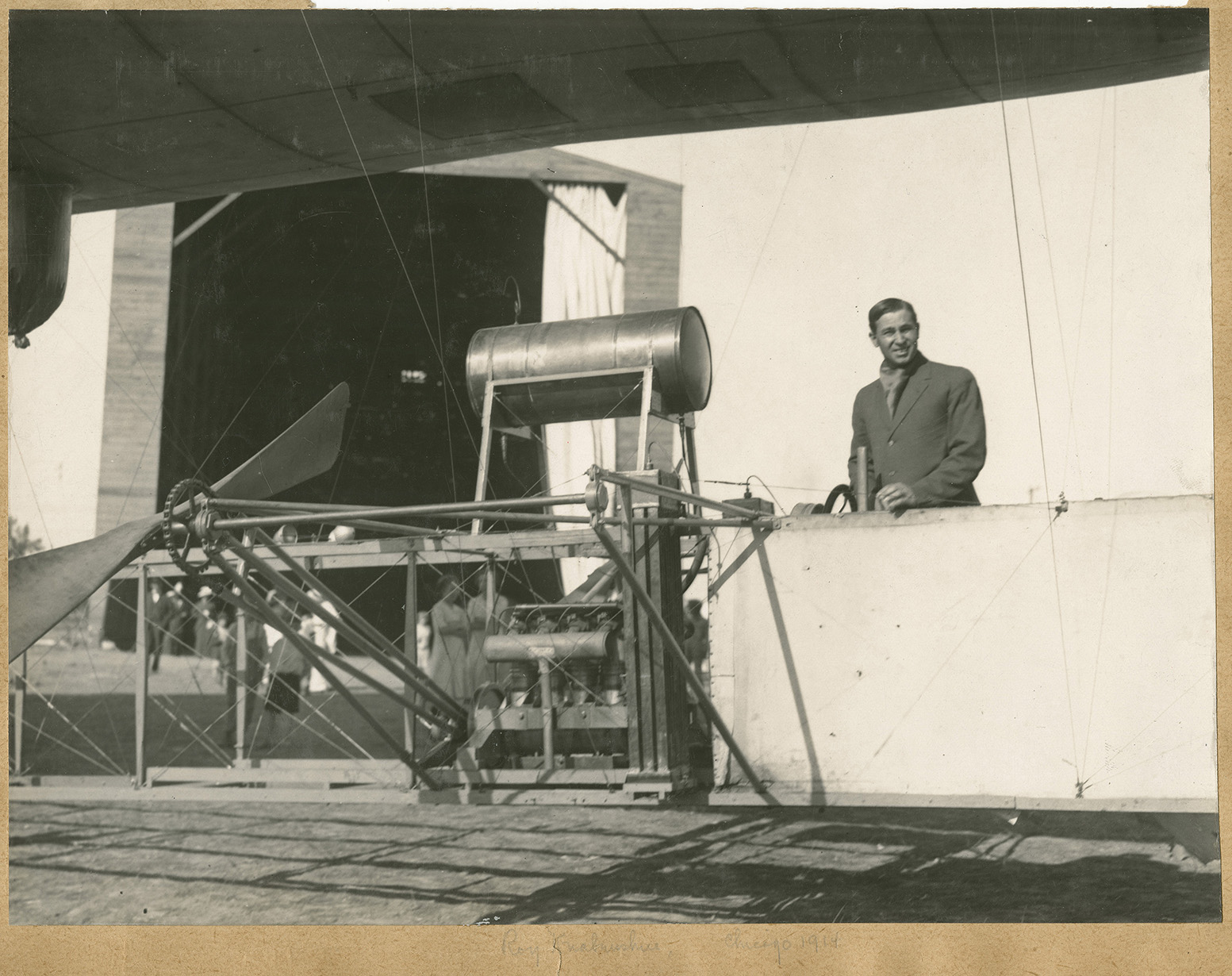 In 1910, the Wright brothers hired Roy Knabenshue, an experienced balloon and airship pilot, to manage an exhibition flying team. Although the Wrights were not eager to enter the “mountebank business,” as they referred to stunt flying and exhibitions, they recognized that an exhibition team would add to their income. The Wright exhibition team first performed at Indianapolis, Indiana, in June 1910. It stayed in business until November 1911, when the deaths of several team members prompted the Wrights to discontinue it.

Another name you will see a few times in upcoming posts is that of Walter Brookins. Brookins, or “Brookie,” was one of the first members of the exhibition team. Unlike some of the team members, who came from all over the country, Brookins was a local West Side Dayton boy whom the Wrights had known for years. Brookins was one of the earliest students at the Wright School of Aviation or simply the “Wright Flying School.” 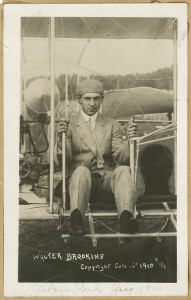