Posted on January 25, 2016 by specialcollections

We are pleased to share with you a first look at some of our most recent acquisitions — several sets of aviation-themed trade cards and stamps. Most of these colorful cards and stamps were packaged with products such as breakfast cereal or cigarettes and date from the 1920s-1940. These items represent an exciting and interesting look at how aviation related to popular culture. 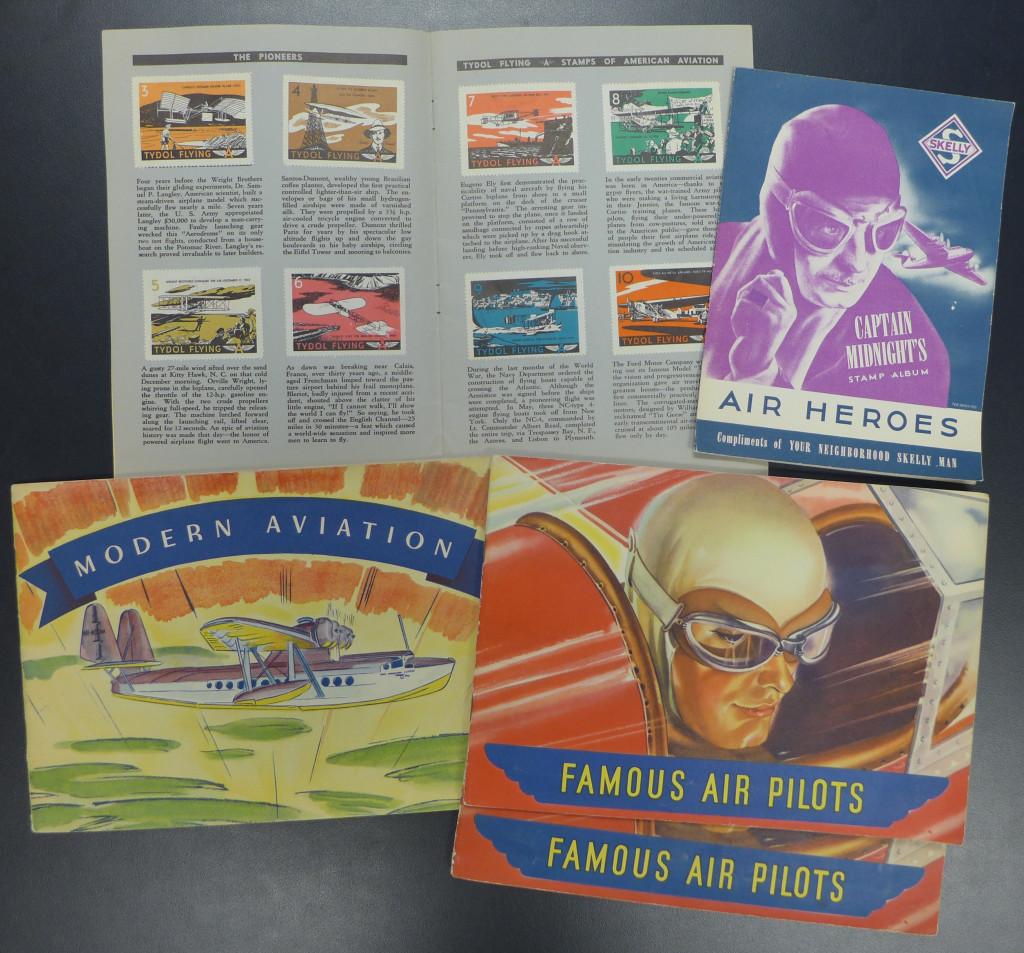 Among the stamp albums included are: Modern Aviation and Famous Air Pilots, distributed in the 1930s by the H. G. Heinz Company (bottom row, above); Captain Midnight’s Air Heroes published by Sklly Petroleum Company in 1938 (upper right, above); and Tydol Flying: A Stamp Album of American Aviation distributed by Tydol Gasoline Company in 1940 (upper left, shown open, above). 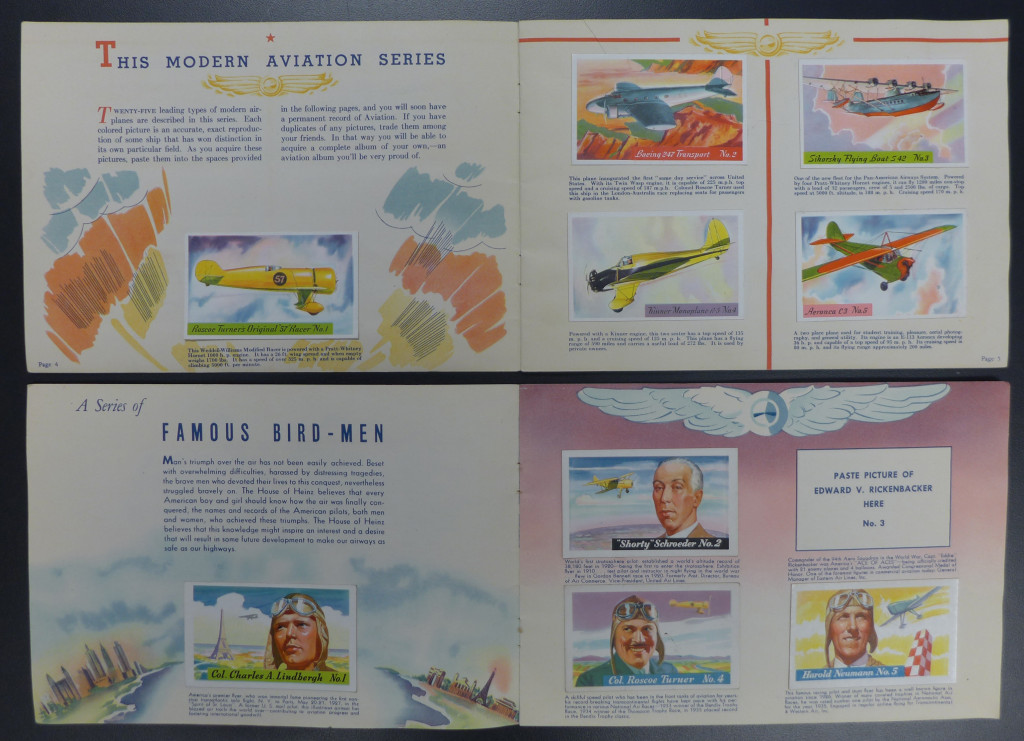 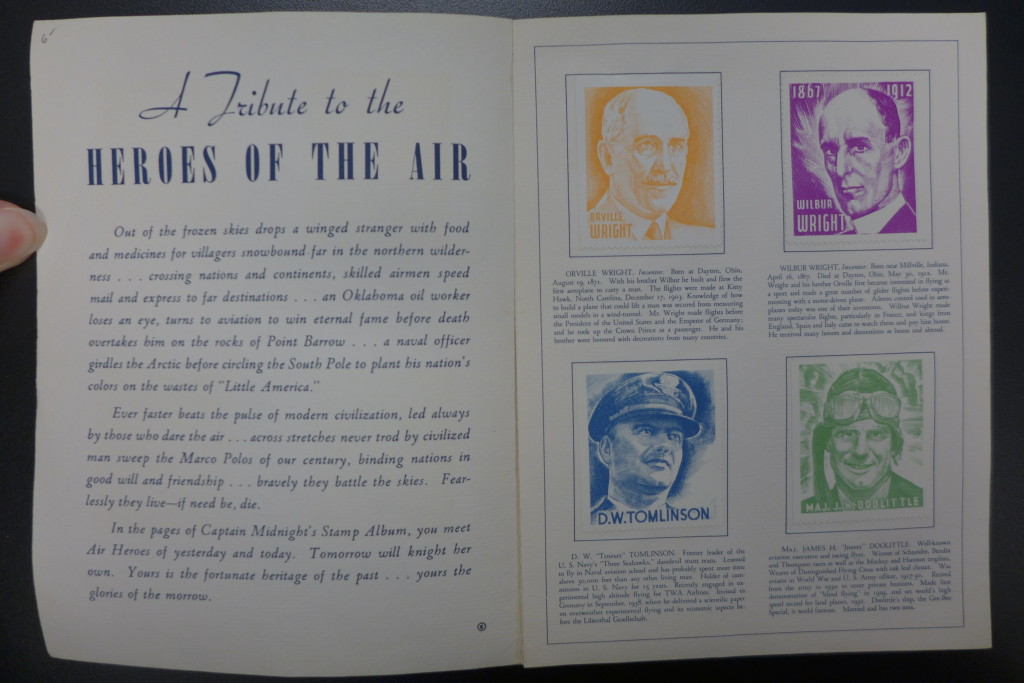 Captain Midnight’s A Tribute to Heroes of the Air album, by Skelly (click to enlarge)

One grouping of trade cards originated in Stuttgart, Germany, and advertises Lahusen’s Jod-Eisen-Lebertran, or “iodine-iron-liver oil,” some form of proprietary tonic or “cure-all.” 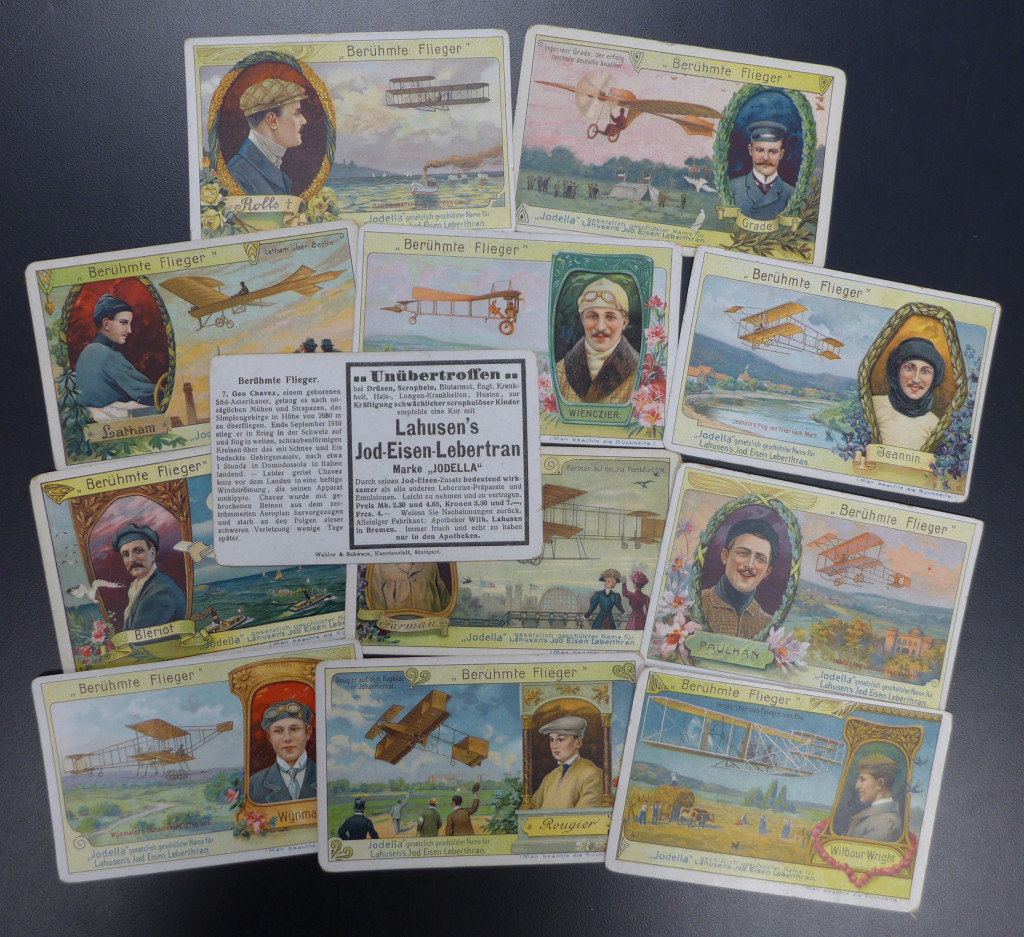 On the front of the card, an airplane or aviator (depending on the card series) is featured, and the back of the card features additional information about the person or plane featured on the front, as well as an advertisement for the tobacco company. In some cases, the information was printed in a bound album, to which the cards could be affixed (similarly to the above-mentioned stamp albums). 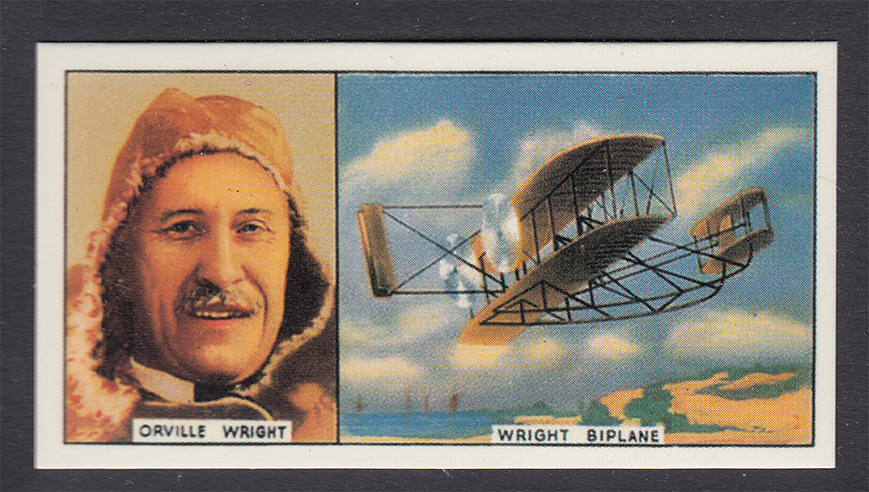 We hope to have these materials processed and ready for researchers soon!

This entry was posted in Aviation, Collections and tagged aviation, collections, news. Bookmark the permalink.