Save the Date: Public History Symposium on March 25

Posted on February 16, 2016 by specialcollections 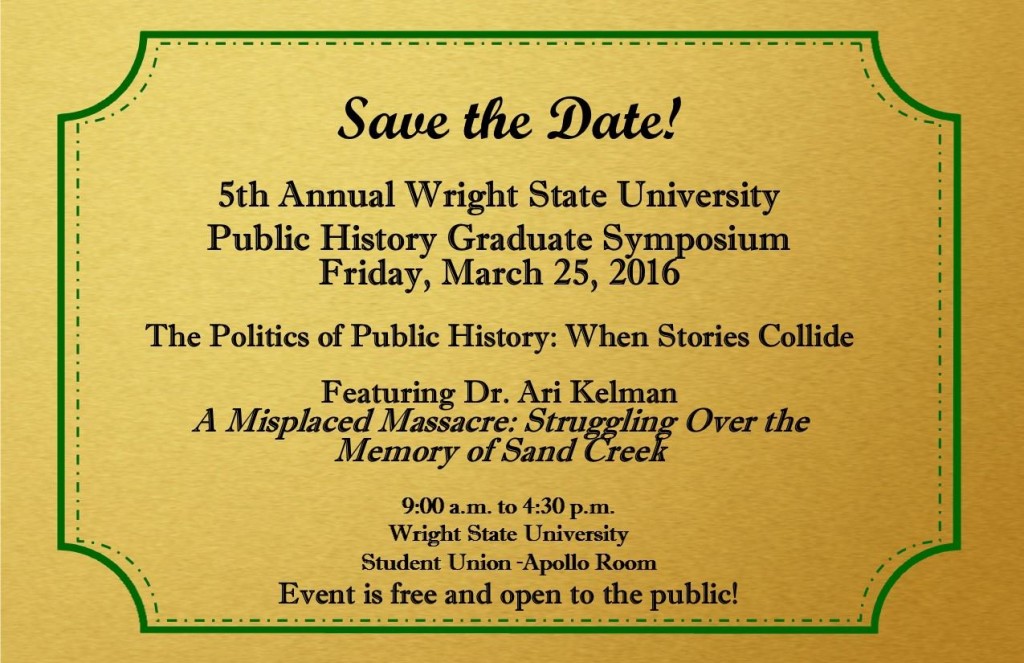 This year the theme for the Annual Public History Graduate Symposium pertains to how history can be a point of conflict when two parties wish to tell different stories about the same event.

Our guest speaker this year will be Dr. Ari Kelman. He is a professor at Pennsylvania State University and will be speaking on his book titled A Misplaced Massacre: Struggling Over the Memory of Sand Creek. For more than a century and a half, the Sand Creek Massacre has been at the center of struggles over history and memory in the American West: from the government investigations launched in the massacre’s immediate aftermath; to the controversial work of so-called Indian reformers, including Helen Hunt Jackson, writing late in the nineteenth century; to memorials erected in Colorado during the era of the Cold War; to the impact of popular histories, like Dee Brown’s Bury My Heart at Wounded Knee; to the recently opened Sand Creek Massacre National Historic Site. Ari Kelman, McCabe Greer Professor of History at Penn State University and recipient of the 2014 Bancroft Prize, will discuss the meaning and impact of the longstanding fight to shape and control memories of Sand Creek. 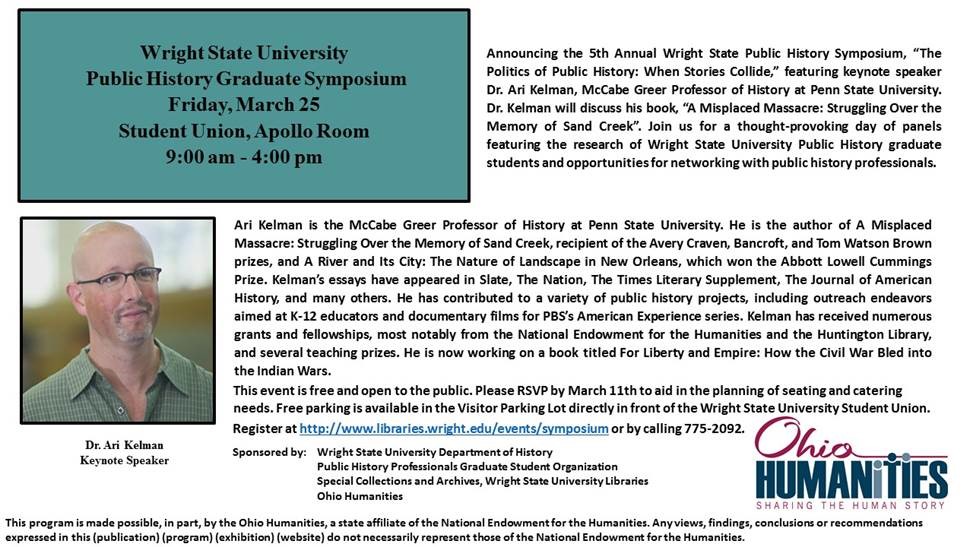 The Symposium will take place on March 25, 2016, in the Apollo Room at Wright State University. Registration and refreshments will begin at 8:15am with the Welcome at 9am. The events of the day will include our guest speaker, a word from Dawne Dewey and Dr. Drew Swanson, as well as several student presentations. Online registration for the Symposium is now open. This event is free and open to the public.

This entry was posted in Public History and tagged events, news, public history. Bookmark the permalink.