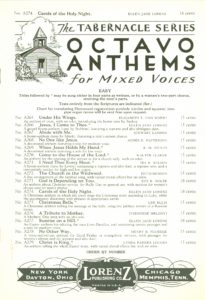 The Lorenz Publishing Company has been a Dayton staple since its creation in 1890 by the founder, E.S. Lorenz. The idea for his own publishing company came in 1889 when he had compiled a hymnal for the United Brethren Publishing House located in downtown Dayton.

In the late 1890’s the company created a subscription magazine named The Organist that is still published 118 years later along with two other publications that came in the 1930’s and the 1960’s.

The story of a man who started the company in 1890 has now followed five generations. This article will focus on Ellen Jane Lorenz who is the third generation of the family’s name for the company.

Ellen Jane Lorenz had always been passionate for music and was a remarkable woman. The Ellen Jane Lorenz Porter Collection (MS-301) was donated by the Women’s Literary Club of Dayton, as she was an important member of their society.

In 1932 she joined the family company as a cub editor and later became editor-in-chief of the company in 1940. Ellen Jane Lorenz held this position until 1963 and during her time as EIC she was an expert in hand bells music.

Earning a PhD at 71 in music she wrote her dissertation on camp spirituals. Later she taught at United Trinity Seminary in Dayton course on Sacred Music and summer courses at Seattle Pacific University on Hand bell Ringing and Hymnology.

She wrote under three pseudonyms during her career: Ellen Jane Lorenz, Allen James, and Rosemary Handler. Later involving herself with the Women’s Literacy Club of Dayton she was a creative writer and playwright. She wrote music until her death in 1996. 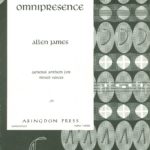 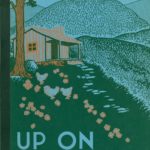 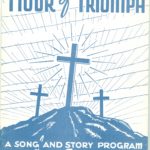 The Lorenz Publishing Company is still a leader in choral music publication and is located in downtown Dayton.