What Were You Doing on the Day of the First Flight? 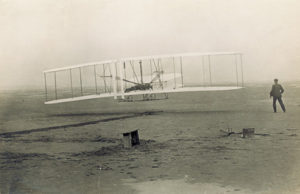 Today marks the 113th anniversary of the first flight in Kitty Hawk, North Carolina. The events of that historic day, December 17, 1903, are well recorded, including Orville Wright’s observations in his diary. Orville closed the entry with the mention of a telegram to M.W., better known as Milton Wright, the father of the Wilbur and Orville. Bishop Wright recorded the following in his own journal:

Now wouldn’t it be fun to see what other Miami Valley residents were doing at home on December 17, 1903, while Orville and Wilbur were changing the world over the sands of Kitty Hawk? Special Collections & Archives holds a variety of letters and diaries from the time period that provide insight into life on that December day.

The Dayton Daily News forecasted the weather as “partly cloudy” and The Temperature Report on page 2 reported the mercury at 14 degrees at 7am and before climbing to 20 degrees at 10am. The bitter cold morning, and an even colder recorded temperature, was echoed in the diary of Reverend Van Buren Christy (1841-1923), pastor of the Salem Evangelical Lutheran Church and resident of Union Road in Jefferson Township. 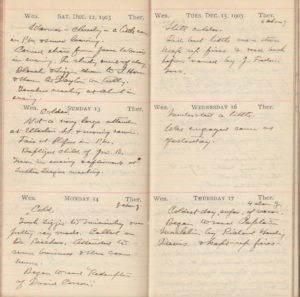 Just to the northeast in Yellow Springs, Katherine Carr (1878-1960), a teacher at the high school, was writing her soon-to-be future husband, George Harris on the day’s events ( Incidentally, Katherine and George married on January 7, 1904). She discussed the cold weather and went on to describe for several pages the pet crow living in their greenhouse. If you would like to see the entire 7 page letter, please contact the SC&&A staff. 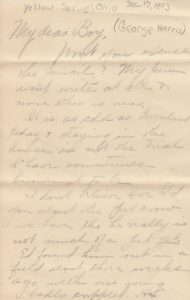 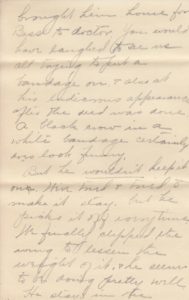 Now it is your turn! This is a great time to record, in a diary, blog entry, letter, Tweet, Facebook post, or email, your thoughts, observations, and activities of First Flight Day 2017. You just never know when it might be used someday in the future by an archivist or historian!