For the third installment in our Founding Faculty series, we are pleased to share some reminiscences of Dr. Emil Kmetec. Emil arrived at Wright State’s campus in 1964, which he described as “not much more than a building, a cornfield, and a dirt road” at the time. 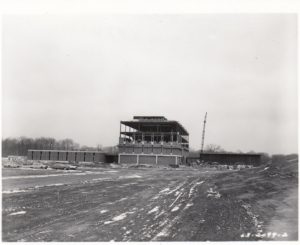 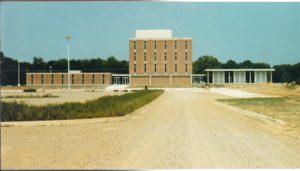 From the very beginning, a major goal for the new university was to establish not only a strong teaching university, but also a strong research university, and the strategy for making that happen was to develop a strong program in the life sciences. 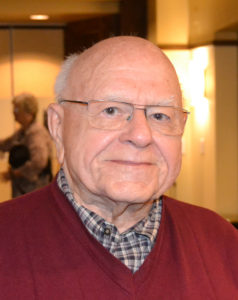 Prior to arriving at the Dayton Campus, Dr. Kmetec had spent the previous 5 years conducting biological research at LSU and at Case Western Reserve University, and had the type of pedigree that campus administrators were looking for to help develop the program and research effort here in biological sciences. This was no easy undertaking, as there were no laboratory facilities available on campus during the initial years. So he and others involved in research worked very long hours, spending part of their days on campus for teaching, and part of their days at off-campus laboratories conducting their research. These types of hours were not uncommon for many of the early faculty, working to establish a new university as well as their academic careers. For Emil, this opportunity to “build something new here in Dayton” was an exciting challenge, and it soon took on an even more special quality when he discovered the opportunity the new campus provided for the Dayton area and many first-generation university students. It was an altogether different kind of challenge or opportunity than he or any of the other founding faculty had encountered before, or have encountered since. As a companion to the Founding Faculty series,  we have been including interview clips from the Wright State Retiree’s Association’s oral history project. In the clip below, Emil talks a bit about the students who enrolled at the Dayton Campus during that first year, whom he found to be quite different from the typical college student.