Emily Reth is a graduate student in the Wright State University Public History program completing her capstone project with SC&A.

This scrap of paper contains a political jingle that references the Whig Party and the Kentucky influence on Dayton politics. On Sept. 29, 1842, Henry Clay (1777-1852) came to Dayton to campaign for the presidency. Through Clay’s platform, he was able to the bridge the gap between the Whig party of the Ohio and that of the Kentucky. 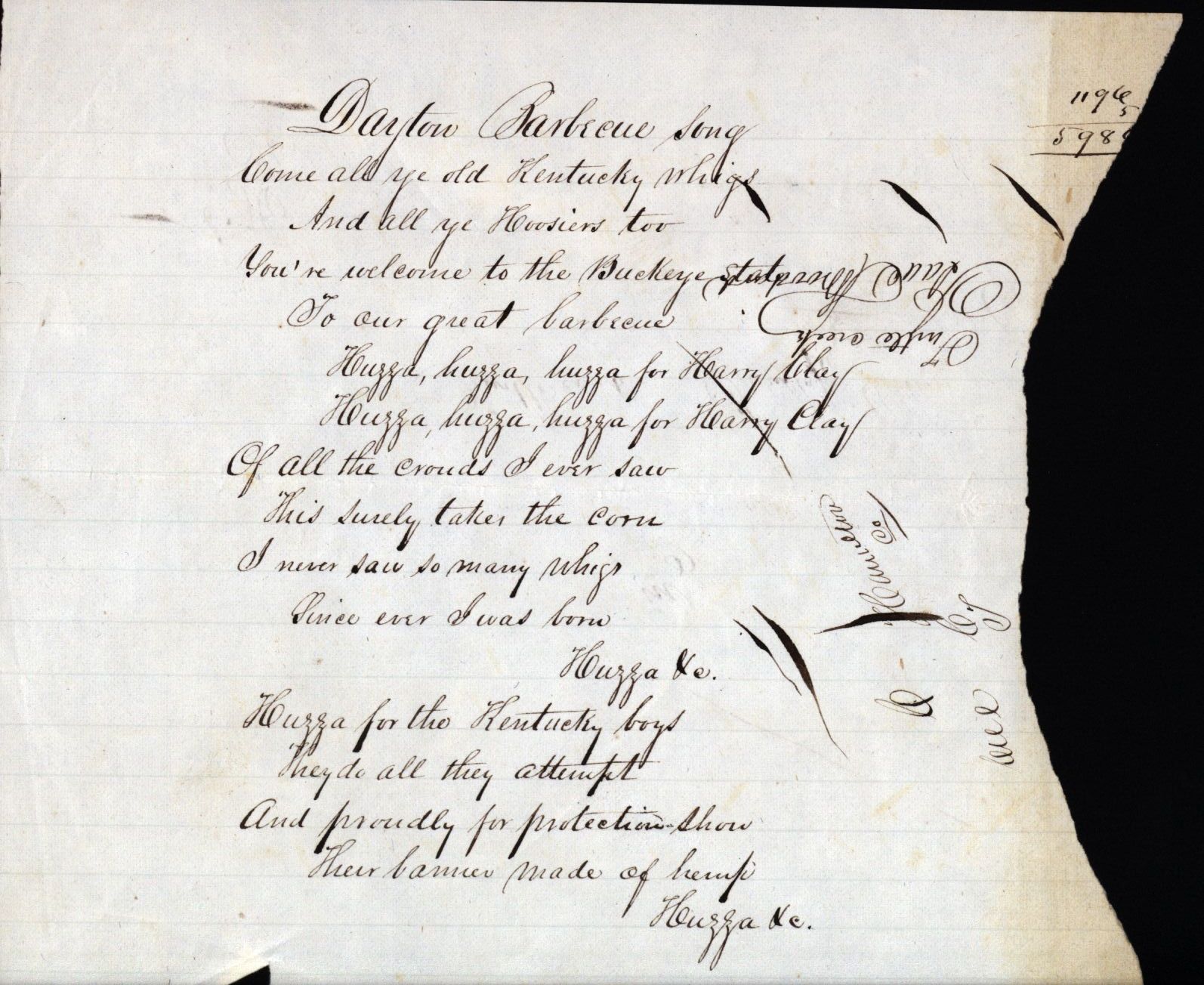 Although originally from Virginia, Clay moved to Lexington, Kentucky, in 1797 and later represented Kentucky in both the United States Senate and House of Representatives. As a popular candidate, his two-day visit brought 150,000 and 200,000 attendees to the Dayton area.

So why does this song mention BBQ? With the high volume of people coming into the area, hot meals could often be difficult to prepare. Smoked meats were more readily available and lasted longer. We can only assume that if this event was large enough to merit a song, a lot of BBQ must have been consumed!

One Response to Guest Post: The Dayton Barbecue Song