This is Amanda Norris with the Arnold Family Papers (MS-599). I am a graduate student in the Wright State University Public History program and completing my capstone project with SC&A.

In this current update on The Arnold Family Papers, I have run across something very interesting in the form of a questionnaire sent out by The Carnegie Institute in April 1916. This document produced by the Eugenics Record Office was sent to people across the country for ordinary citizens to fill out. 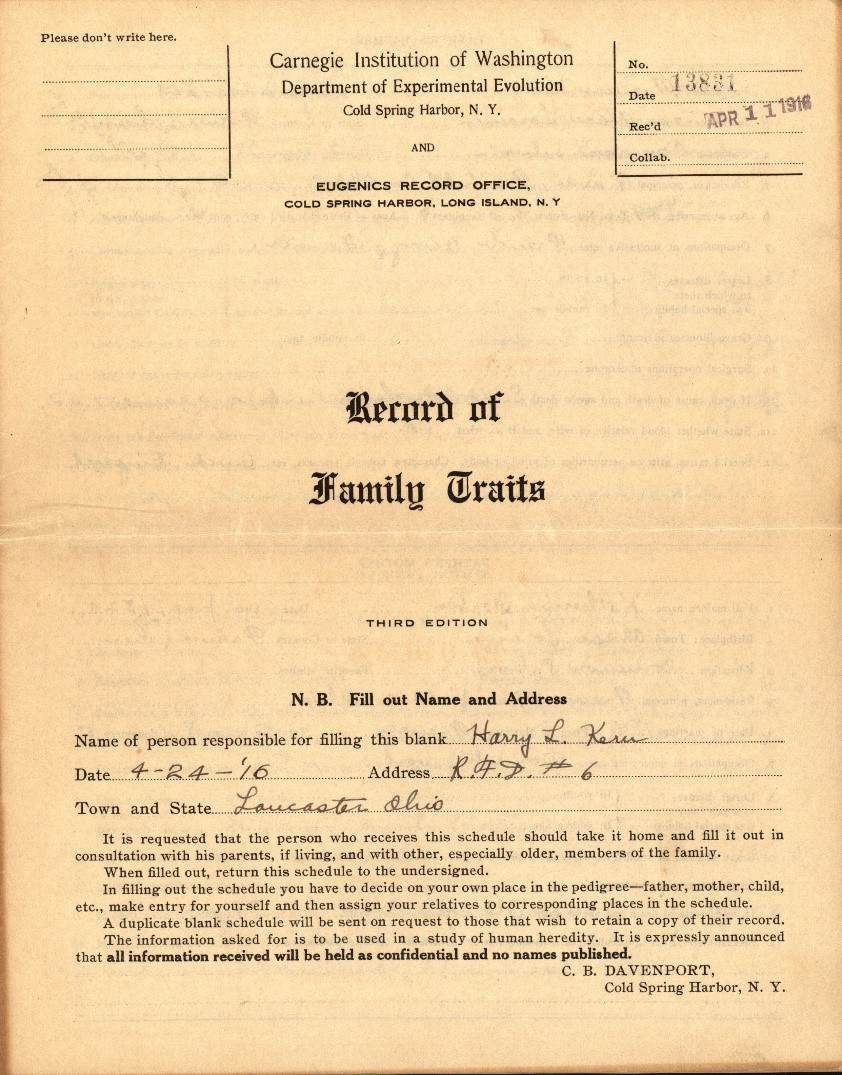 The answers from these packets were used for statistics to fuel legislation favorable to the pseudo-science of Eugenics. These particular documents were received by Harry Kern and his future wife, Mary Schwendeman, who filled them out and sent them into the Eugenics Record Office. Once the Office was finished with them they were sent back to my Great-Grandparents. Some of the questions asked in these documents were strange, such as: Was your relative left or right handed? What color were their eyes? and Were their eyes different colors? 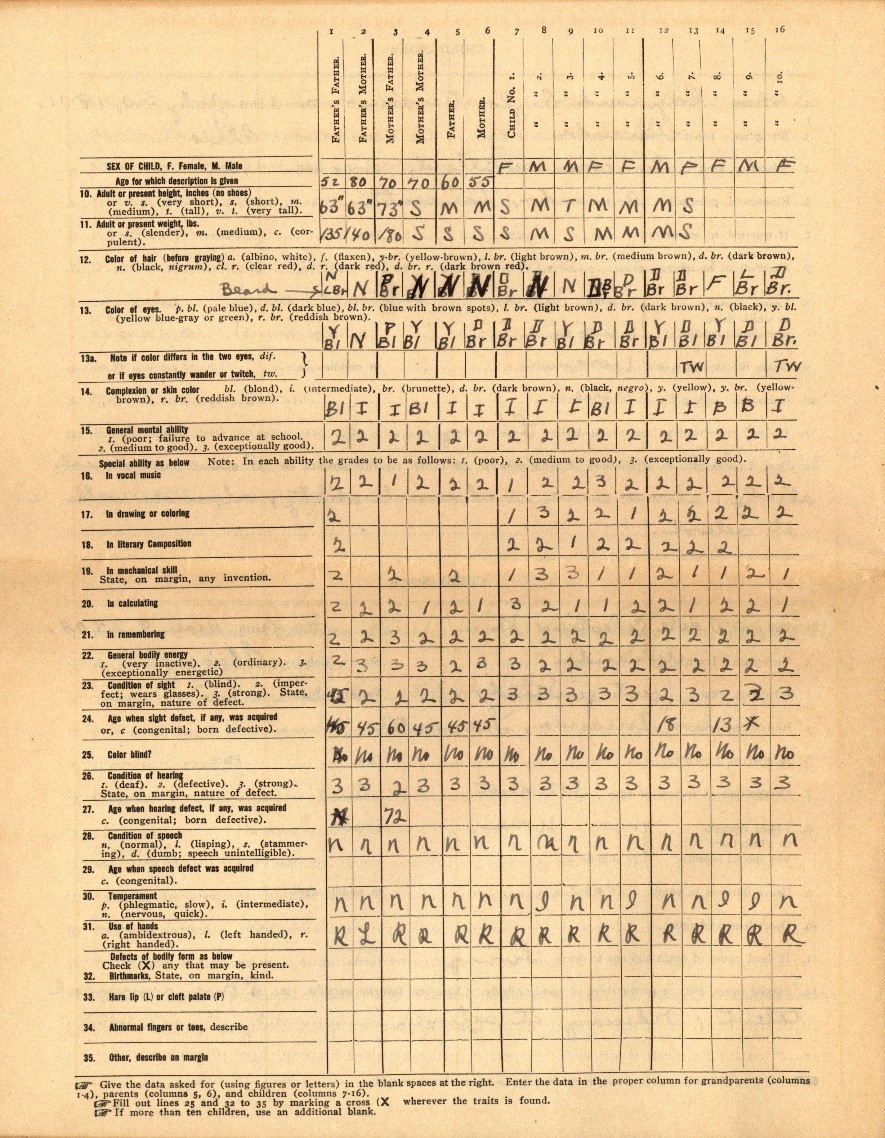 Thanks for reading and stay tuned for more updates.