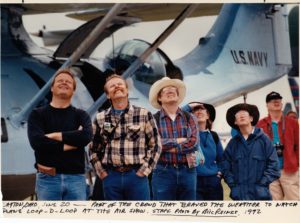 Did you know the first Dayton Air Show, then called the Air Fair, was held June 26-27, 1975, at the James M. Cox International Airport? The 44th annual Air Show will take place on June 23-24. Special Collections & Archives has been collecting photographs, programs, and other items related to the Air Show over the last 44 years. 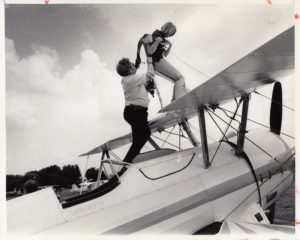 One notable collection is the George “JR” Wedekind Aviation Collection, 1955-2003 (MS-436). Wedekind was one of the founders of the air show and served as the air show director and executive director before retiring in 1994. Other collections can be found in our Aviation collection guide.

If you make it to the Air Show this year, be sure to stop by the National Aviation Heritage Area tent and say hello to the crew from SC&A! We’ll be there both days to share information on the Archives and our aviation collections.

To get ready for the Air Show in a few weeks here are just a few program covers throughout the years from the Wedekind Collection. 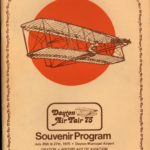 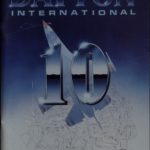 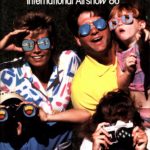 One Response to The Dayton Air Show