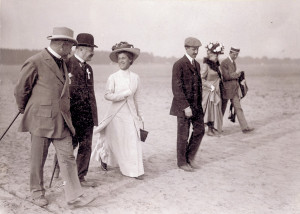 Did you know Wright siblings Orville and Katharine share a birthday? August 19th marks a very special day for the Wright family with not one, but two birthdays. Orville was born in 1871 and then Katharine followed in 1874.

On August 19, 1909, one hundred and ten years ago this week, Katharine and Orville celebrated their birthdays together in Berlin, Germany. They left Dayton for New York City on August 8,  where they boarded the SS Kronprinzessin Cecilie two days later on August 10. The ship arrived in London, England, on August 16 and the siblings made it to their final destination, Berlin, on August 19.

Katharine and Orville remained in Europe until late October before returning home to Dayton. Older brother Wilbur greeted them when they disembarked at New York Harbor on November 4, 1909. Father Milton Wright wrote in his diary on November 7, 1909, “The children get home at 6:+. All look to be in good health: Wilbur, Orville, and Katharine.” 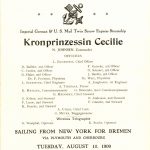 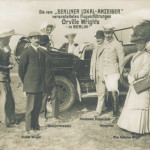