Did you know that you can read issues of the Civil Aviation Medical Association (CAMA) newsletters dating between 1950 and 2016 online? More than 140 issues of Bulletin, News Bulletin, and Flight Physician are freely available online, anytime, through the Wright State University Campus Online Repository, at CORE Scholar: Civil Aviation Medical Association Records (MS-526). 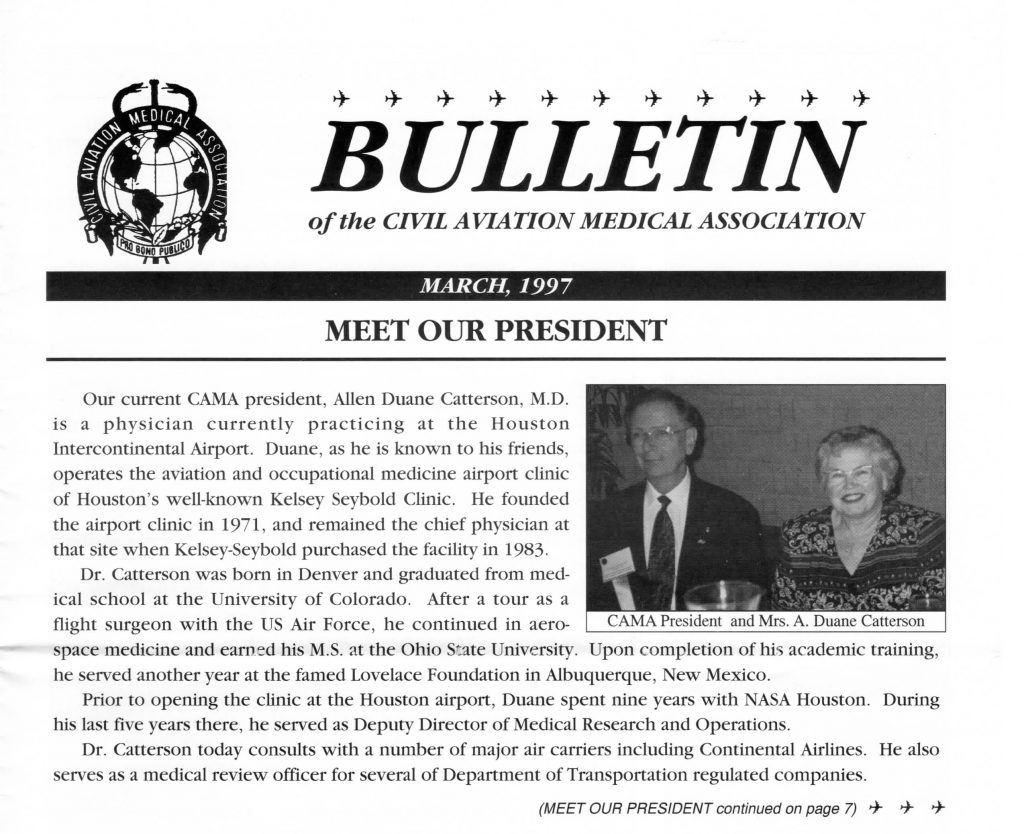 A portion of the March 1997 issue of the CAMA Bulletin, featuring Association President A. Duane Catterson and his wife. Click on the image to go to the full issue in CORE Scholar.

The association works with the Federal Aviation Administration (FAA), which approves the Aviation Medical Examiners, who, for instance, examine pilots for readiness for duty, in addition to cooperating on improving aviation industry standards. CAMA – and the AMEA before it – worked with the precursor to the FAA, the Civil Aeronautics Administration (CAA) from 1947-1958, when the FAA was established. CAMA is currently headquartered in Peachtree City, Georgia. (Learn more about this organization and its records in the Civil Aviation Medical Association Records finding aid.)