The World War II Aviation News Clippings Scrapbook (MS-520) contains news clippings of aircraft and aviation events around the Miami Valley and the nation in the World War II era. Many of the clippings come from Dayton’s newspapers at the time, the Journal, the Herald, and the Daily News. Some clippings were taken from magazines. The creator of the scrapbook is unknown.

The scrapbook includes clippings and pages from newspapers and magazines from the Miami Valley area, as well as full manuals and magazines mainly based around the years of World War II. 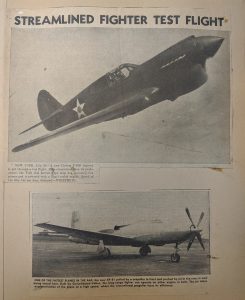 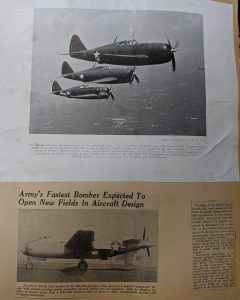 Such entries include the following topics: