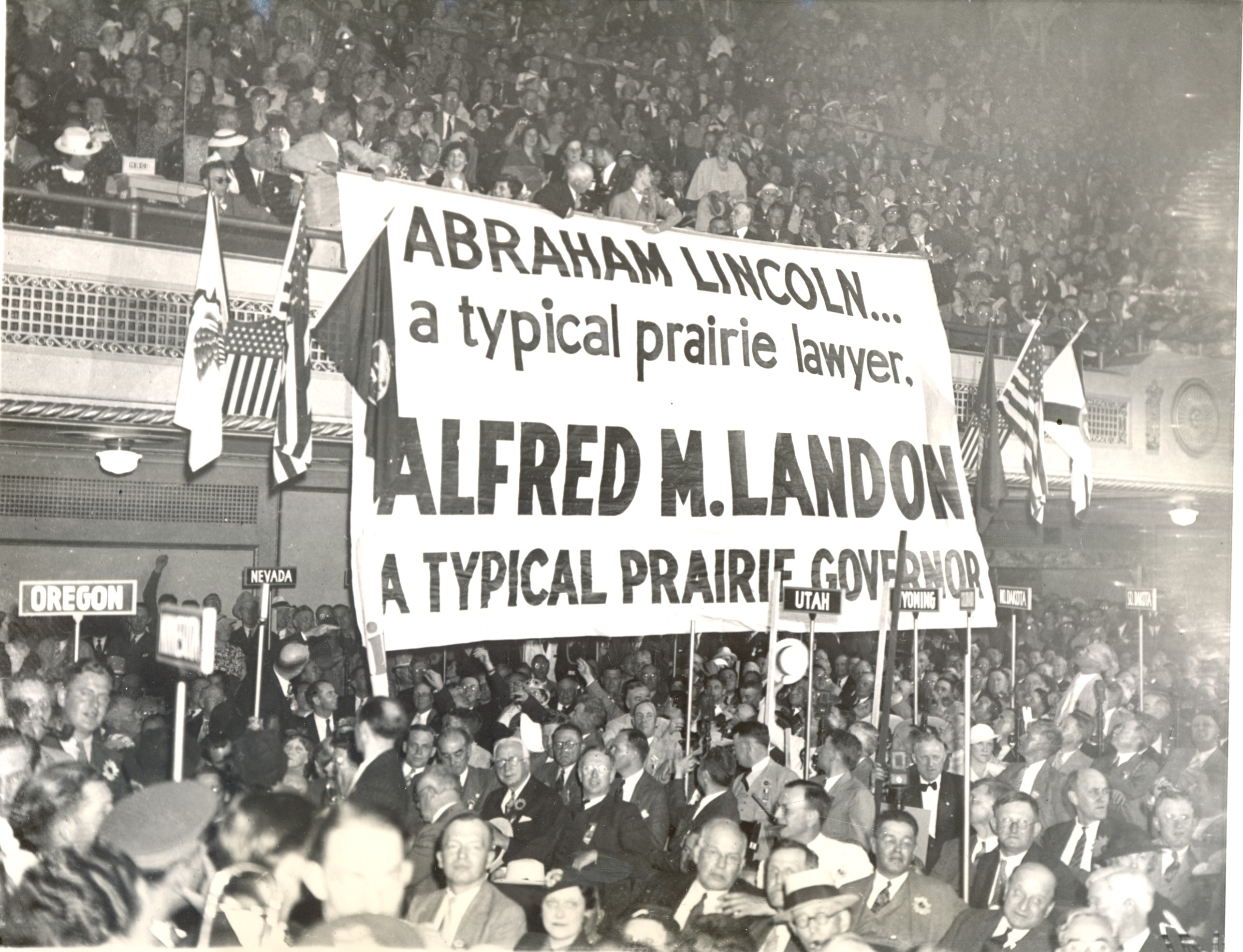 Landon supporters in the balcony shown as they unfurled a huge sign comparing Landon with Lincoln during the demonstration which followed the selection of the Kansas Governor as the Republican candidate for President at the G.O.P. convention in Cleveland’s Public Hall