48 years ago this month the Beatles made their U.S. debut on T.V’s The Ed Sullivan Show.   On February 9, 1964, the English pop group was seen by 73 million television viewers and “Beatlemania,” which had been building momentum since the group released its first U.S. single, began in earnest.   The Beatles spent just one week in America and only made four public appearances on this first visit, two in New York, one in Washington D.C., and one in Miami Beach on another taping of the Sullivan show.

The Beatles would not return to the United States until August later that year for their first cross-country U.S tour.  Cincinnati provided the seventh venue on the tour, as the group performed at the Cincinnati Gardens on August 27th.  Issues with the local musicians’ union almost cancelled the show; the band however finally took the stage at the Gardens at 9:35 PM.  Also at this show, it is rumored that the group had a second phone conversation backstage with Elvis Presley, who spoke to them previously after their first appearance on The Ed Sullivan Show.

They returned again to Cincinnati August 21-22, 1966, this time performing at Crosley Field.  Scheduled to perform on the 21st, the show was canceled due to inclement weather and was rescheduled for the following day.  This show was the fifth to last public performance ever for the band as the Beatles played their final concert together at San Francisco’s Candlestick Park nine days later. 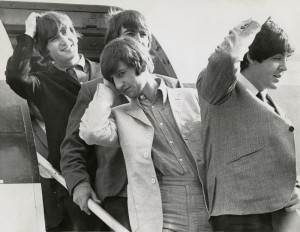 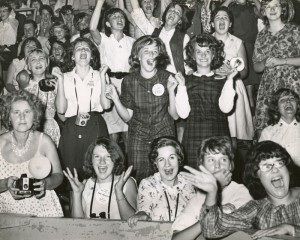 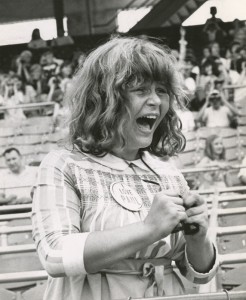 8/22/66, Crosley Field, “Some…fans were turned on…Almost too much to bear on sultry day.” Staff Photo by Boston 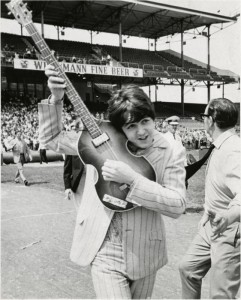 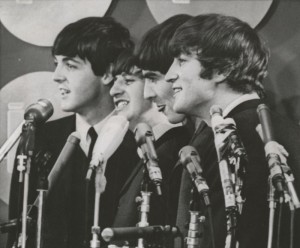 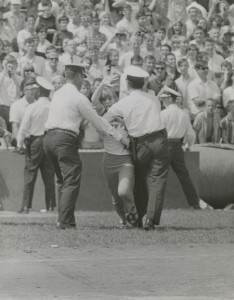 One Response to Ladies and Gentlemen…