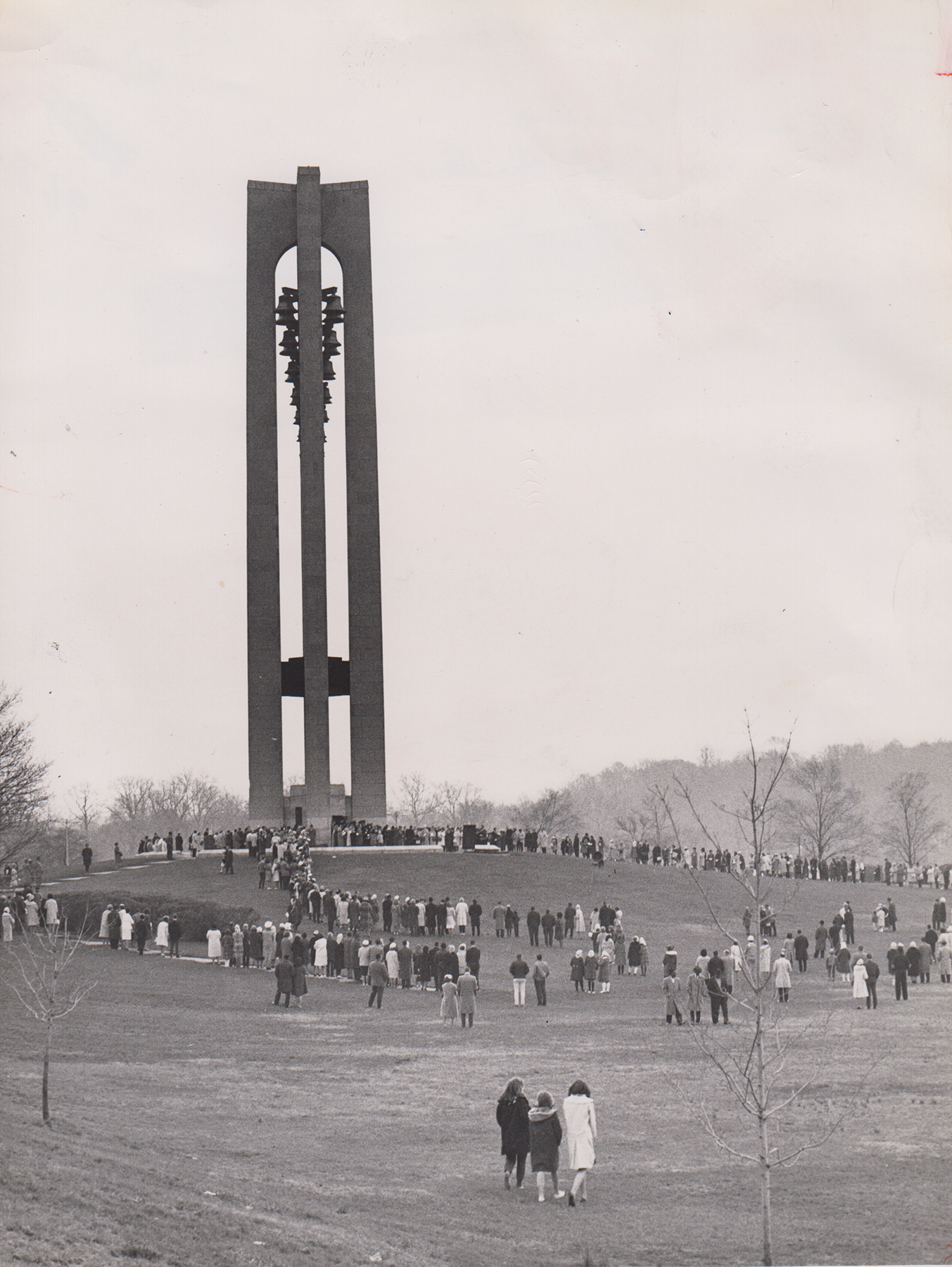 The Deeds Carillon, for which Carillon Park was named, was built in 1942, at the request of Col. Edward A. Deeds and his wife Edith Wharton Deeds, to commemorate the Deeds family. Each bell was inscribed with the name of a Deeds family member. There were originally 23 bells; now there are 57. The 151-foot tall structure is Ohio’s largest carillon. The bells in a carillon are usually played either by keys or pedals. In 1988, the carillon was converted from electrical controls to more traditional mechanical controls. Mrs. Deeds herself played the first tune herself on Easter Sunday, 1942.

The following selection of photographs of the Deeds Carillon come from the Dayton Daily News Archive (Journal Herald alphanumeric series 96 M14). Click on a photo to enlarge it.

Mrs. Deeds with the bell bearing her name, 1941

Installing a new bell hanger, May 1974

These photos can be found in the Wright State University Libraries Special Collections & Archives: