As we approach the 50th anniversary of Wright State, Special Collections & Archives has been receiving a lot of questions about various aspects of campus history, which has provided us the opportunity to dig in to the University Archives to try to find some answers!  One topic that has come up multiple times is the history of Hamilton Hall- WSU’s first residence hall- and where it got its name. 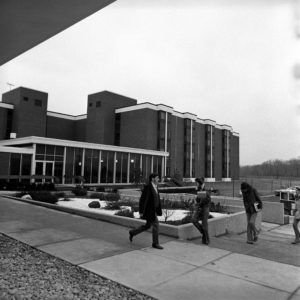 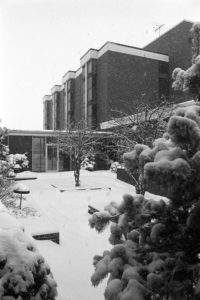 Many buildings on campus are named for someone, but it has typically been for a campus founder, (Stanley Allyn, Robert Oelman), or for someone who made a major gift, (David Rike, Ervin J. Nutter). But in conversations with long-time faculty and staff, no one could recall why Hamilton Hall carried that name. More curious was that while the dormitory opened in 1970, we find no mention or reference to the name “Hamilton Hall” until 1977, known only as the WSU Residence Hall in early campus directories, maps, and publications. 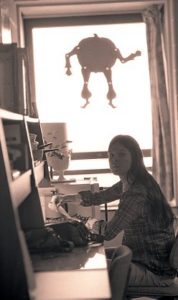 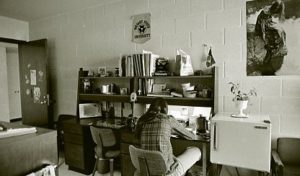 The answers revealed themselves in the minutes of the May 1977 Board of Trustees meeting, as described by an article appearing in The Guardian Student Newspaper on July 26, 1977. 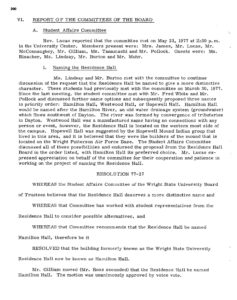 It turns out Hamilton was not a person at all, but rather a reference to a prehistoric river deep below the surface of the Miami Valley. In the fall of 1976, a board was formed to find a suitable name for the University Residence Hall, “long a nameless structure often confused with the neighboring University Center” (which is now part of the Student Union).  Students were eager to name the dorm, and while many names were considered, the committee could find no name or individual closely associated with the development of the dorm. While the names of “Golding” (in honor of Brage Golding, WSU’s first president) and “Hopewell” (in honor of the prehistoric Native American culture) were considered, the committee ultimately selected “Hamilton Hall”, a suggestion of longtime WSU administrator, Frederick White. 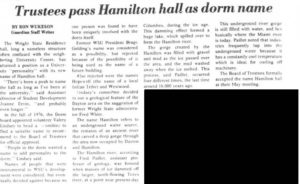 According to the article, “the name Hamilton refers to an underground water source, the remains of an ancient river that carved a deep gorge through the area now occupied by Dayton and Hamilton”. Formed during the Ice Age, “this underground river gorge is still filled with water, and lies basically where the Miami River lies today”.

Wright State celebrates its 50th anniversary as an independent public university in 2017, culminating with a special Homecoming celebration Sept. 29 through Oct. 1.