On August 9, 1864, John H. Patterson wrote a letter to his brother Stephen.  The letter indicates that passes are no longer being issued, possibly because their 100-day tour is about to end.  However, they still go on patrol.

A major part of this letter is John’s description of he and another man’s escort of a Union deserter to the Provost Marshall.  The man tried to escape.  His partner, Dutchy Marshall, kept trying to shoot the man, but John stayed in the way to prevent the deserter being shot.  They were finally able to chase him down and take him to the Provost Marshall. 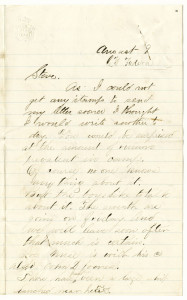 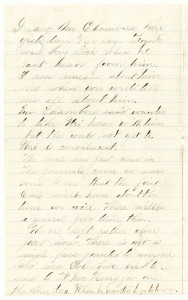 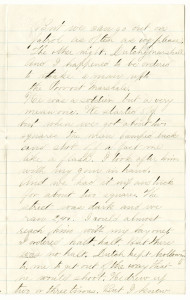 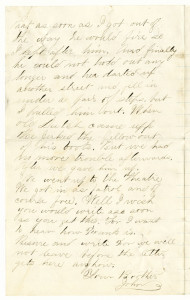