A researcher visited us today seeking information about an item in his private collection: a Dayton-Wright Airplane Company employee badge.

We were not able to find any information about the badge. If you are able to share any insights into this badge (or one like it), we would love to hear from you! Please leave a comment or e-mail us at library-archives-ref@wright.edu.

With the researcher’s permission, a photo of the badge is shown below: 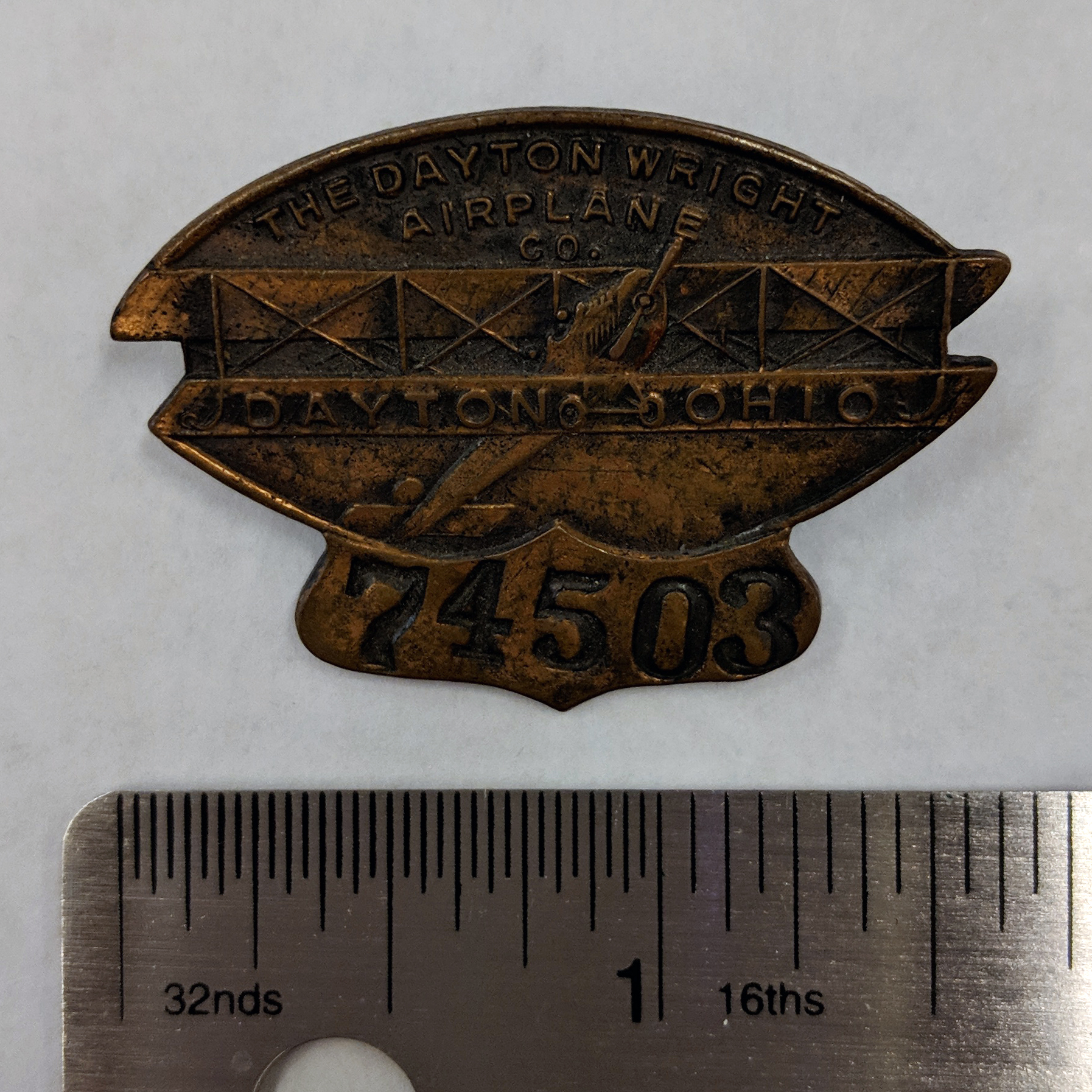 The metal badge is approximately 1-1/2 inches wide by 1-1/8 inches tall. The front includes an image of a biplane, the text “The Dayton Wright Airplane Co. Dayton Ohio,” and the number 74503 (presumably an employee identification number of some kind).

The back of the badge (click to view image) includes an attachment mechanism, minus the actual pin itself.

In trying to find information for the researcher, we looked through our Dayton-Wright Company Record of Employees (SC-150) and Dayton-Wright Airplane Company Photographs (MS-152) on CORE Scholar.

In the photographs, we did find three images (all dating to 1918) that appear to show employees wearing similar badges, although it is difficult be certain since the badges are so small relative to the rest of the photograph: 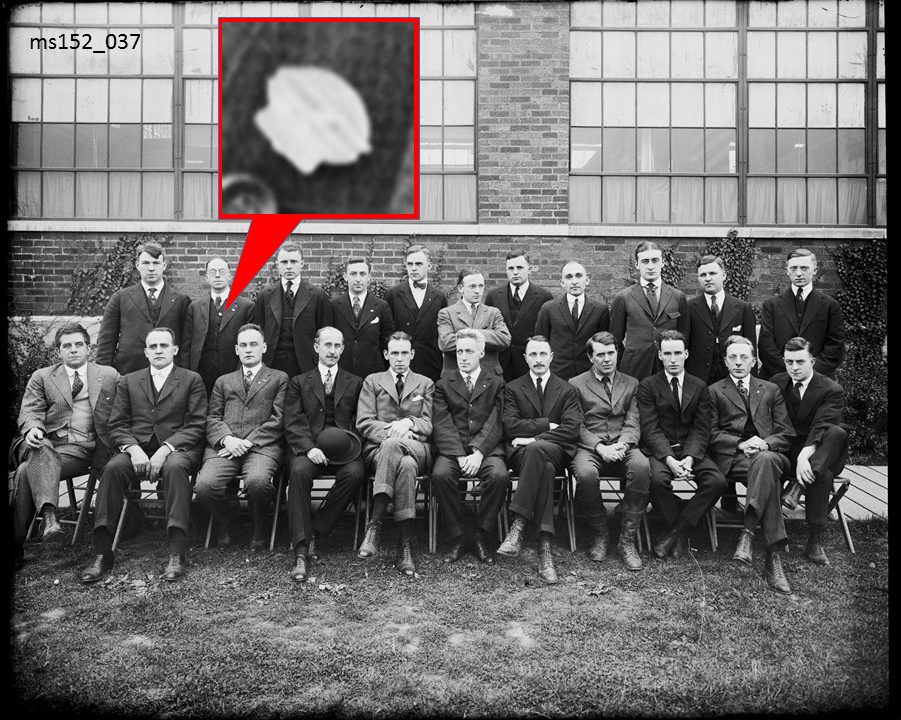 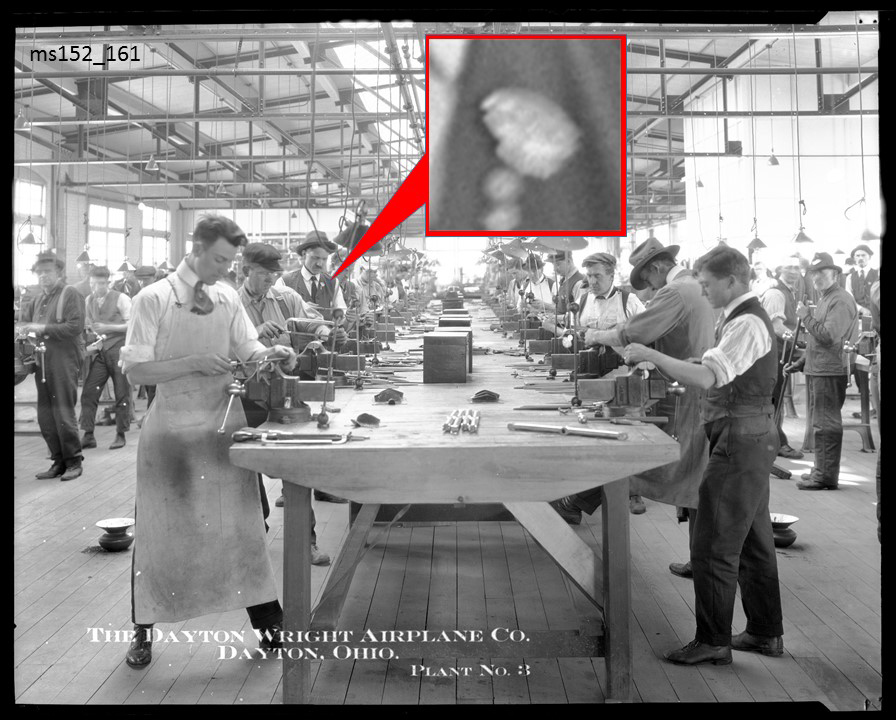 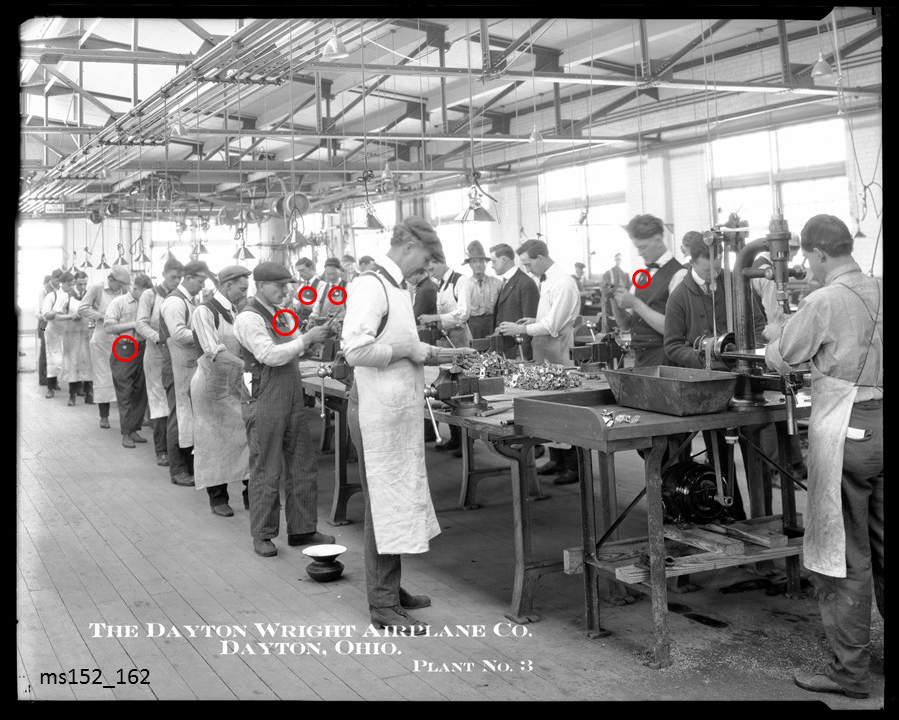 We would love to learn more about the Dayton-Wright Airplane Company badges and hope that someone out there can enlighten us!